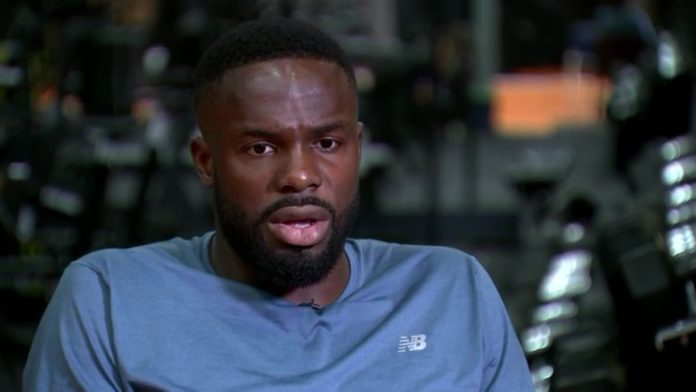 Anichebe also discusses his hopes for improved societal stance towards equality; 32-year-old says he has ‘unfinished business’ in England

Former Everton striker Victor Anichebe has revealed his desire to buy a football club and improve Black, Asian and minority ethnic (BAME) representation at boardroom level within the sport.

The lack of ethnic minority representation in positions of power across sports has come to light through the Black Lives Matter movement in recent months.

Anichebe, who also played in the Premier League for Sunderland and West Brom, believes black people are obstructed in their dreams of realising ambitions of holding top-level roles after Raheem Sterling called on English football to address the problem in June.

“We have to have a seat at the table to really effect change,” Anichebe told Sky Sports News.

“We can’t try and affect change from the outside and looking in. I have seen a couple of players say they want to become CEOs or sporting directors and I think that is what we need to do.

“Instead of wanting change, we can be the change ourselves”

Speaking of his hopes for such an opportunity to present itself, Anichebe said: “I would like to go down that route of owning a team.

“I do have a group of people that are quite wealthy guys and together we could come together and go down that route.”

The former Nigeria international added: “I spoke to Tim Howard, who is part of a group that bought a club in America and they also own a club here [in the UK].

“I don’t see why we can’t all come together [as players] and buy clubs. I do think that is another way to really affect change. Instead of wanting change, we can be the change ourselves. We can place ourselves in those positions.”

Anichebe, who says he he has experienced incidents of racist abuse while playing both in England and abroad, attended a Black Lives Matter march in Liverpool and is encouraged by the common desire to improve equality.

“There is more anger,” Anichebe said when asked to describe the significance of the movement. “I just feel like people are not going to stop until change happens, whatever that looks like.

“I do feel like a lot of people want change, not just black people [but] I feel white people as well.”

However, he is aware action needs to be seen first before we can fully reflect on its impact.

“Right now it feels like we are loosing momentum.,” he said. “It feels like nothing is really happening.”

Anichebe believes strongly that education and conversations between children and their parents is vital to enacting societal change.

“The first thing that we have to do is start educating. You look at some of the incidents that are happening where people are getting racist abuse online and it is crazy to see sometimes that it is [coming from] a young kid that is 11, 12 years old.

“First there has to be a conversation between the child and maybe the player, if it was me I would meet with the child. People are not born racist so they can see that we are both normal [and] both the same.”

Anichebe has not played competitive football in over two years since a brief spell with Chinese side Beijing Enterprise, but is open to another spell in English football.

A trial at League One side Doncaster Rovers – managed by former West Brom team-mate Darren Moore – failed to materialise on a contract last year, but Anichebe now says he is in the best shape of his career.

“Last year I trained with my friend Darren Moore at Doncaster. It was really good to be in and around [the team atmosphere].

“It took me about a week to get the fitness but I felt good. I am looking forward, if the right opportunity comes, to getting back into it.

“Right now is the fittest I have ever been. We will see if a good opportunity comes and I’ll assess if I actually want to take it and we’ll go from there.”