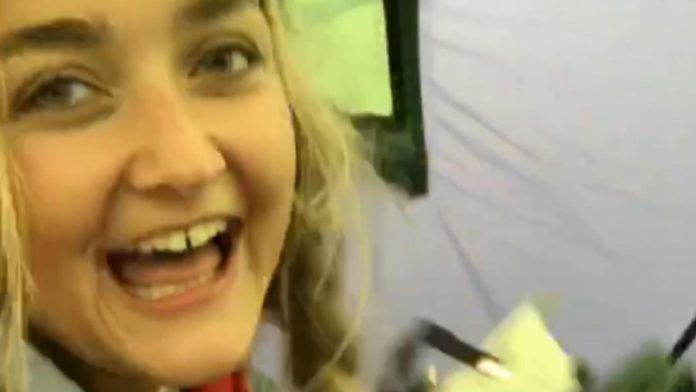 A rapper jailed for the manslaughter of his girlfriend Louella Fletcher-Michie, the daughter of Holby City actor John Michie, has had his conviction quashed by the Court of Appeal.

Ceon Broughton was sentenced to eight-and-a-half years in prison over the death of Miss Fletcher-Michie after she took the drug 2-CP at the Bestival festival in September 2017.

The 31-year-old, of Enfield, north London, gave her the hallucinogenic drug and “bumped up” her dose, before filming her die, his trial at Winchester Crown Court was told.

She was found dead in the early hours of 11 September, the day she should have celebrated her 25th birthday, in a wooded area at the edge of the festival site in Dorset.

Broughton was sent to prison for manslaughter by gross negligence and three charges of supplying drugs in March last year, but today his conviction was overturned by three senior judges.

Giving the Court of Appeal ruling, Lord Chief Justice Burnett said the expert evidence on the likelihood of Miss Fletcher-Michie’s chances of survival had she received treatment sooner was “not capable of establishing causation to the criminal standard”.

Seven years of Broughton’s sentence was for the manslaughter conviction, and the Court of Appeal has not ordered a retrial, he added.

Broughton was also found guilty of supplying Miss Fletcher-Michie with 2-CP at the festival, and that conviction stands.

He previously admitted supplying drugs to Miss Fletcher-Michie at Glastonbury festival in June 2017, and was in breach of a suspended prison sentence imposed for possessing a lock knife and a Stanley knife blade.

Broughton’s lawyers said in a statement: “The Court of Appeal has today found that Louella’s death occurred not as a result of criminal negligence but was instead a tragic accident.

“Ceon remains devastated by her death. He has always wished that he could have done more to save her.

“He loved Louella and she him, but he knows that no words will ever be sufficient to convey his sense of responsibility for what happened or to begin to remove the pain that others have been caused.”

A representative for Mr Michie, who also starred in Coronation Street, declined to comment.

He said in a victim impact statement at Broughton’s trial: “I wake up every morning to face life starting again without Louella, our daughter, our sister, our friend, our family now broken.”