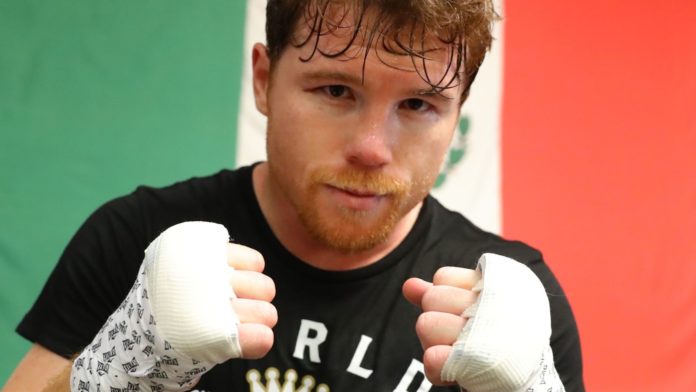 Saul ‘Canelo’ Alvarez has been ordered by the WBC to contest their super-middleweight title against Avni Yildirim, a former opponent of Chris Eubank Jr’s.

Canelo’s long search for an opponent saw him postpone a targeted date of September 12 but it could now conclude with Yildirim, if terms are finalised.

Canelo holds the WBC ‘franchise’ title at middleweight, while Yildirim is the mandatory challenger to the super-middleweight title which became vacant last weekend.

David Benavidez was stripped of the belt after failing to make weight before extending his unbeaten career to 23 fights.

That gives Canelo an opportunity to solidify his status as a four-weight world champion.

He has won belts at super-welterweight, middleweight, super-middle and light-heavyweight.

He stopped Rocky Fielding to win the WBA ‘regular’ super-middleweight title but, if he claims the vacant WBC belt, would tighten his grip over the division.

But crucially Benavidez’s failure to make weight for his fight last weekend has opened the door for Canelo to claim WBC gold.

Turkey’s Yildirim is the No 1 ranked contender by the governing body so is owed a mandatory opportunity.

Yildirim lost his most recent fight to Andre Dirrell, which was also for the vacant WBC super-middleweight title. Dirrell, in turn, lost the belt to Benavidez.

Will Canelo and Golovkin fight again?

“We have had some discussions about doing the third fight with Gennadiy Golovkin which would be very exciting,” Golden Boy’s Eric Gomez, who promotes Canelo, exclusively told Sky Sports.

“He is willing to entertain that third fight.

“Hopefully we can surprise everybody by getting that fight going next year.

“They both realise now that their events were very successful. For them, monetarily, it would be very beneficial to fight again.

“More than anything, the fans are very interested. Both fights were very close and exciting.

“They both realise that now.

“They are both open to the fight.”