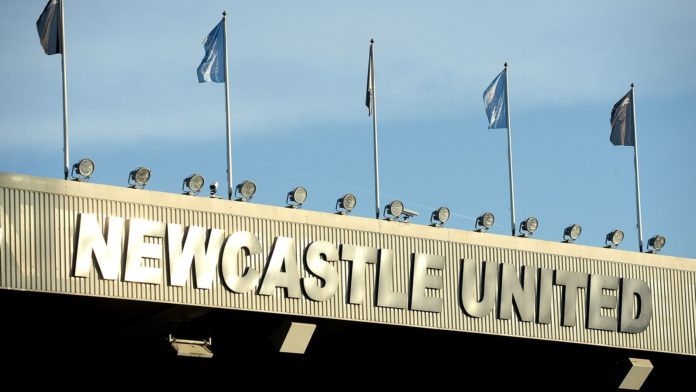 Newcastle owner Mike Ashley and the consortium could launch legal action at the High Court in London.

The conference call is part of a routine scheduled meeting between the league and fan groups.

Representatives from supporter groups across the 20 Premier League clubs will pose questions to Masters, the main purpose of the call is to discuss fans returning to stadiums next season.

The aborted takeover could go before a High Court judge if legal proceedings are taken against the Premier League.

The Premier League board – chair Gary Hoffman, outgoing interim chair Claudia Arney, Masters and Kevin Beeston – met in June and “made a clear determination as to which entities it believes would have control over the club” if the takeover had been successful.

Masters says the Premier League asked for “additional information, which would have been used to consider” any potential disqualification, but the consortium disagreed with their assessment and withdrew their bid.

Saudi Arabia’s Public Investment Fund [PIF] wanted an 80 percent stake in the Premier League club, which was understood to be worth just over £300m.

Mohammed bin Salman, the Crown Prince of Saudi Arabia, is also the chairman of the country’s PIF.

The proposed takeover collapsed after the consortium turned down the Premier League’s offer of going to independent arbitration to determine who would own and control the club.

Sky Sports News has been told the consortium was only offered arbitration on the single point regarding the question of how much influence the Kingdom of Saudi Arabia would have on the day-to-day running of the football club.

But it is understood the Premier League was less concerned by the day-to-day running and sought clarification over the ultimate controllers of the club; the decision-makers that set the budget and the appointment of senior officials, including directors.

A source close to the consortium has told Sky Sports News the group provided written assurances from the highest possible government department, notably the Saudi Royal Court, that the Kingdom would have no influence over the running of Newcastle United.

As the Premier League has acknowledged the need for a resolution to the dispute, there is nothing to prevent the consortium, and Newcastle owner Mike Ashley, from launching legal action at the High Court in London, if the matter is not taken to the Court of Arbitration for Sport.

A statement from the PIF said their withdrawal was due to “… the prolonged process under the current circumstances coupled with global uncertainty has rendered the potential investment no longer commercially viable.”

Masters said in his letter to Chi Onwurah, Labour MP for Newcastle Central: “There are no timescales prescribed by the rules in relation to the Owners’ and Directors’ Test and they generally take considerably longer than a month to complete.”

Clubs agreed to stricter ownership checks following Portsmouth’s administration in 2010 and the Premier League is reviewing its Owners’ and Directors’ Test “to ensure it remains robust and fair to all interested stakeholders.”