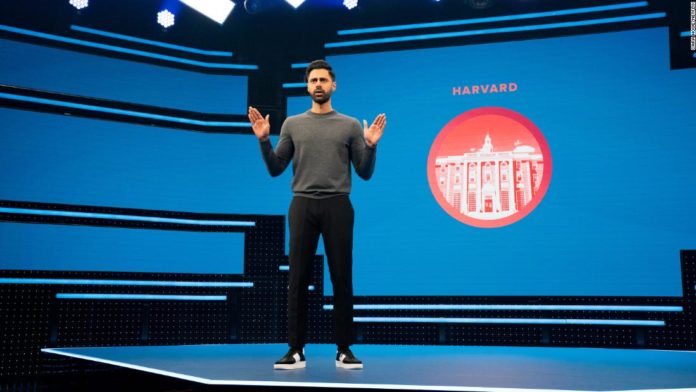 Minhaj broke the news on Twitter, saying, “I got to work with the best writers, producers, researchers, and animators in the game. My 2 babies were born and grew up with the show. TY to @Netflix and everyone who watched.”
“Patriot Act” premiered on the streaming service in October 2018 and released 39 episodes. What turned out to be the show’s final episode was released in June 2020.
In 2019, the comedy talk series found itself at the center of controversy when Netflix removed an episode from streaming in Saudi Arabia after officials from the Kingdom complained it was critical of Crown Prince Mohammed bin Salman and his alleged role in the killing of journalist Jamal Khashoggi.
Minhaj was later critical of Netflix over the move.
That same year, the series won a Peabody Award and an Emmy for outstanding motion design.
Despite the accolades, “Patriot Act” joins a long list of talk series canceled at Netflix.
Over the last few years, the streamer has ended series like “The Break With Michelle Wolf,” “The Joel McHale Show With Joel McHale” and “Chelsea,” a talk show with comedian Chelsea Handler.

CNN’s James Griffiths and Euan McKirdy contributed to this report.