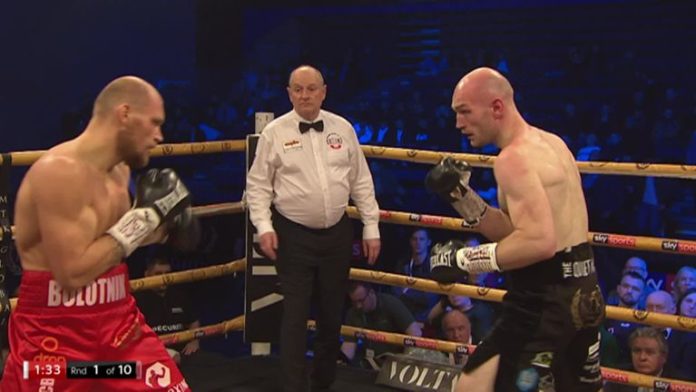 The Golden Contract light-heavyweight tournament returns in September as the semi-finalists wait to find out whether they will fight in Latvia or London.

Hosea Burton, Liam Conroy, Ricards Bolotniks and Serge Michel are the four remaining fighters in the inaugural competition, with the winner claiming a lucrative multi-fight contract.

There is even more intrigue surrounding the semi-final draw as the bout that involves Latvian Bolotniks will be held in Riga on a co-promotion with LNK Boxing on September 26.

The other two remaining fighters will meet on a bumper bill at York Hall, featuring the super-lightweight and featherweight finals on September 30, live on Sky Sports, as the historic venue in Bethnal Green hosts a behind-closed-doors event.

Ohara Davies faces Tyrone McKenna in the climax of the super-lightweight competition, while Ryan Walsh takes on Jazza Dickens in the featherweight finale.

MTK Global Vice-President Jamie Conlan said: “Given the fact we have fighters from multiple countries in the tournament, we have had to adapt to the current circumstances in the world right now and have decided to split the semis over two night in two different countries.

“Vadim Milov and LNK Boxing in Latvia will help accommodate and be our man on the ground for the show on Sep 26th.

“The semi-finals are bound to be intriguing fights, and the mix of styles should all gel well. Bolotniks is heavy handed and a serious puncher, Michel is an Olympian so has the amateur pedigree, Burton is the most seasoned and well-rounded and Conroy has grit, heart and work ethic.

“No matter what way the draw works out we are bound to have two great fights!”