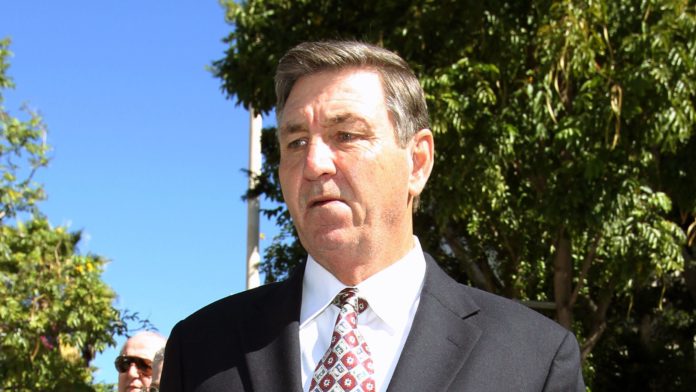 Britney Spears has asked a court to end her father’s strict control over her life, which he has exerted for more than a decade.

In a rare insight into the personal wishes of Spears, documents filed by her court-appointed lawyer say she has asked that her father is not reappointed as her conservator, which handed him the power to control almost every aspect of her life and career.

Jamie Spears temporarily stepped aside in 2019, citing health problems, but was due to resume the role this year.

Conservatorship is when a guardian or protector is appointed by a court to manage the life of someone due to physical or mental limitations.

Spears was put under her father’s care in 2008, after a number of well-publicised mental struggles, but has consistently fought back against her treatment.

For the first 11 years of the conservatorship, her father was co-conservator with lawyer Andrew M Wallet, who resigned in 2019, giving Jamie Spears sole control over her life – a situation she does not want to see repeated.

Jamie Spears, who still oversees his daughter’s finances, has been contacted for comment.

Instead, the popstar wants Jodi Montgomery, who has been her temporary guardian, to take the role on permanently, but adds that does not mean she is going to stop seeking an end to the agreement altogether.

The court documents also add that Spears will not be performing again any time soon.

She has almost never spoken about the arrangement in public.

Last year, however, she addressed the court at her own request, to ask for changes to the arrangement.

She has praised the work of the conservatorship in general in the court filings, saying it “rescued her from a collapse, exploitation by predatory individuals and financial ruin” and that it made her “able to regain her position as a world-class entertainer”.

The filing was made a day before a status hearing on the arrangement in court, which will be closed to the public and the media.

Spears’s lawyer expects her father to aggressively contest the request, adding that she has suggested they keep a lawyer on hand that has expertise in complex financial court rights.

Britney Spears’s arrangement has been the subject of widespread online protests in recent months, arguing it is doing the performer more harm than good, while calling for an end to the conservatorship.

Over recent years, Spears’s career choices, her personal life, what she wears, where she performs and her relationship with her children have all been under the control of her father.

Kevin Federline, her ex-husband, has custody of her teenage sons, and Spears is allowed frequent visits.