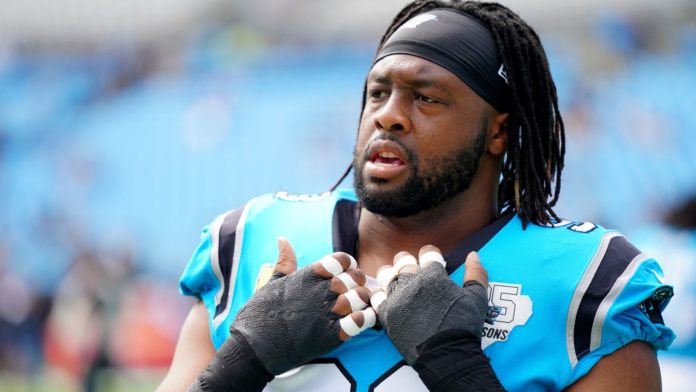 McCoy had signed a three-year, $18m contract with Dallas in free agency

Gerald McCoy has been waived by the Dallas Cowboys a day after he ruptured his right quadriceps tendon during the first padded practice of training camp.

The defensive tackle has been ruled out for the entirety of the 2020 season and underwent surgery on the injury on Tuesday.

The Cowboys signed the veteran to a three-year, $18m contract in free agency in March, but ESPN’s Adam Schefter reported McCoy’s deal included an injury waiver on his quad.

Gerald McCoy has an injury waiver on his quad in his contract; if he hurts quad, which he did, they can cut him, per source. And they did. He can keep his $3 million bonus but Cowboys appear not to owe him any more. https://t.co/qcRkUP87wj

While it allowed the team to cut McCoy if he injured it, it is understood the 32-year-old will keep his $3m signing bonus although the Cowboys will not need to pay any more of the contract.

Releasing McCoy will save the Cowboys about $3.25m of salary cap money, and the team are expected to consider re-signing the player again next year providing his recovery progresses as scheduled.

In 139 career games (all starts), the number three overall pick in the 2010 NFL Draft has posted 334 combined tackles, 59.5 sacks and six forced fumbles. McCoy also made the All-Pro first team in 2013.