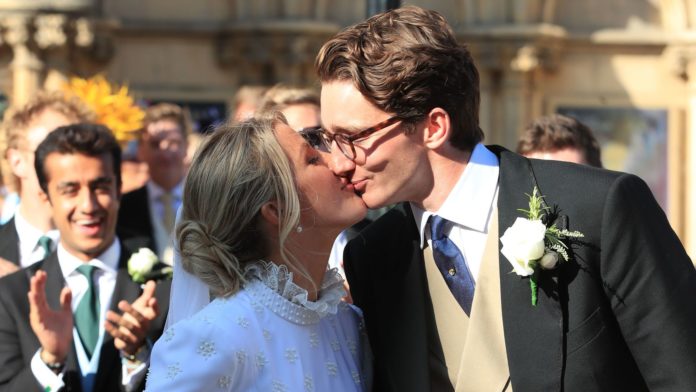 Ellie Goulding has posted a selfie defending “muscular women”, saying exercise has been her “ultimate escape” in times of need.

The 33-year-old shared an image on Twitter showing her flexing a bicep and displaying her toned physique.

Describing herself as “pathetically shy and self-deprecating”, Goulding told her 6.6m followers that keeping fit and strong is the key to staying motivated.

Goulding has previously spoken about her own struggles with panic attacks and her use of the gym and fitness to overcome her anxieties.

*There aren’t many muscular women in popular culture* 🤷🏼‍♀️
Nothing I do in the gym is for vanity. To me it isn’t intimidating or scary to be strong (in fact anyone who has met me knows I am the most pathetically shy and self deprecating person) (1/5) pic.twitter.com/Uun7Xc2PKY

In a series of five messages along with the photo, the Starry Eyed singer wrote: “There aren’t many muscular women in popular culture

“Nothing I do in the gym is for vanity. To me it isn’t intimidating or scary to be strong (in fact anyone who has met me knows I am the most pathetically shy and self-deprecating person).

“When posting gym photos, I only ever wanted to show that with all the things I’ve overcome, keeping fit and strong has been my ultimate escape.

“I have no extraordinary athletic ability and I was crap at sports as a kid (I was so severely asthmatic I could barely even laugh without a coughing fit) but I’ve pushed myself and used all the willpower I can muster to keep at it.

“As hard as it is to stay motivated, especially right now, I still recommend it passionately for any mental health issues you are facing… even a small walk or jog. Ps – I didn’t do any exercise today because I didn’t want to! Might not tomorrow either.

“Love to all the strong women out there and to those just getting started- I am with you.”

Goulding married art dealer Caspar Jopling in a star-studded ceremony at York Minster last summer, with Hollywood actors and members of the Royal Family in attendance.

She says none of the songs were inspired by her current relationship, telling USA Today: “It’s something I still want to keep sacred for two more years at least.”

She is also rumoured to have dated singer Ed Sheeran.