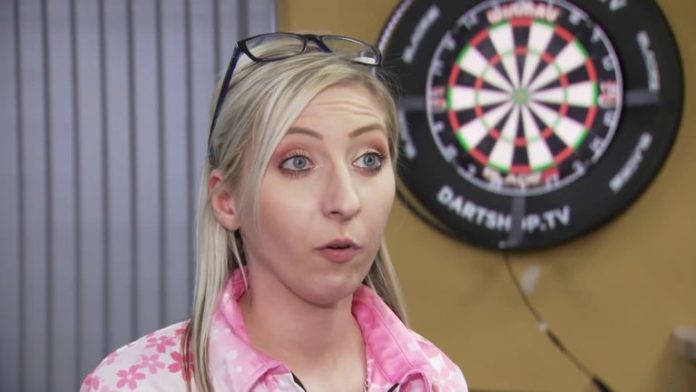 “As I’ve been saying previously, we’ve been waiting for opportunities and now we’ve been given an opportunity to prove ourselves”

The series of events, the first of their kind from the PDC, will give female players the chance to qualify for both the World Darts Championship and the Grand Slam of Darts.

The mini-tour is set to replace the two separate qualifying tournaments for the World Championship, with two places available at the 2020/21 tournament based on prize money won across the four events between October 17-18 in Cannock.

Sherrock, who reached the third round at Alexandra Palace in December before earning a creditable draw against Glen Durrant on her Premier League debut in Nottingham, has hailed the new, innovative way of qualifying for the Worlds.

I’m really happy that we’ve still got two places to get to the World Championship. I’m very excited, I can’t wait.

“It’s very exciting, especially for the women’s game because as I’ve been saying previously, we’ve been waiting for opportunities and now we’ve been given an opportunity to prove ourselves,” the 26-year-old Milton Keynes thrower told Sky Sports News.

“We’ve been playing a lot of high-level darts and we just needed the opportunity to prove it, so now I can’t think of anything better to go and prove ourselves.

“I just hope all the women get behind it, support it, and we can go and show everyone what we’re capable of doing.

“With the two spaces up for grabs, I think that’s an easier way to qualify for the World Champs rather than having one play-off in one day, so I think it’s better.

“I’m really happy that we’ve still got two places to get to the World Championship. I’m very excited, I can’t wait.”

Sherrock, who has spent much of lockdown playing online darts, is determined not to add any more pressure on herself with expectations already sky high.

“For people to think of me like I’ve given everyone hope – they can achieve anything they want to do after I broke the glass ceiling. I never imagined it would be me doing it. The fact that everyone thinks of darts and Fallon, it’s amazing. I’m still living the dream about it and I’m still in disbelief.”

The Premier League returns from August 25-30, with six successive nights of action in Milton Keynes, live on Sky Sports. Check out daily Darts news on skysports.com/darts, our app for mobile devices and our Twitter account @skysportsdarts.