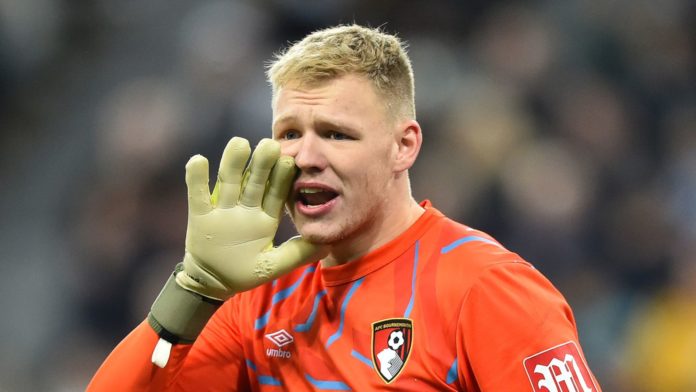 Sheffield United remain favourites to sign Bournemouth keeper Aaron Ramsdale, although negotiations are still some way from being concluded.

Aston Villa and another unnamed Premier League club have cooled their interest for now as negotiations between Sheffield United, Bournemouth and Ramsdale’s representatives progress.

The Blades’ resolve to get the Ramsdale deal completed has been strengthened by the news Dean Henderson remains in negotiations with Manchester United over a lucrative new long-term deal.

That new deal could, in turn, double the loan fees Chris Wilder would have to pay if he wanted Henderson back for a third term at Bramall Lane.

Ramsdale started his career at Sheffield United in 2016 after graduating from the Yorkshire club’s academy.

He made just two senior appearances for the Blades before joining Bournemouth in 2017.