Home Culture Steven Spielberg has written some Black characters into his ‘West Side Story’... 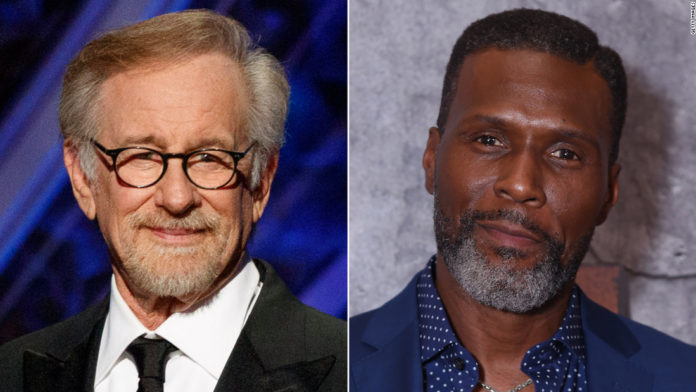 Among the new characters introduced by Spielberg and the movie’s scriptwriter, Pulitzer Prize-winning playwright Tony Kushner, is Abe — a major role, which will be played by Broadway star Curtiss Cook.
Speaking to Britain’s Sun newspaper, Cook said adding a Black main character into the mix was more representative of the landscape of 1950s New York than that depicted in the original 1961 movie.
“In 1957, in New York City, there were a lot of Black people walking around,” he said. “But unfortunately, when they created the original version there weren’t a lot of Black people in it.”
He continued: “This time I think they decided to include the landscape as it really was. I’m so fortunate that I am the representation of it.”
CNN has reached out to Cook and Spielberg’s representatives for further comment.
The original movie, which tackles issues such as forbidden love, racism and gang violence in New York City, was an adaptation of the 1958 Broadway musical of the same name by Leonard Bernstein, Stephen Sondheim and Arthur Laurents.
As in the stage musical and previous film, Spielberg’s version is a Romeo and Juliet-style love story between Tony, a former member of the all-White Jets gang, and Maria, the younger sister of the leader of their Puerto Rican rivals, the Sharks.
“Baby Driver” breakout Ansel Elgort plays Tony and high school student Rachel Zegler plays Maria.
“This has been a journey without precedence: a joyful, stunningly moving, endlessly surprising encounter with the story and score of one of the world’s greatest musicals,” Spielberg wrote in a letter posted to the 20th Century Studios Twitter account days after filming wrapped last year.
“My brilliantly talented, fiercely committed, generous and apparently inexhaustible cast and crew of hundreds have given our film everything they’ve got.”
“West Side Story” is scheduled for release on December 18.