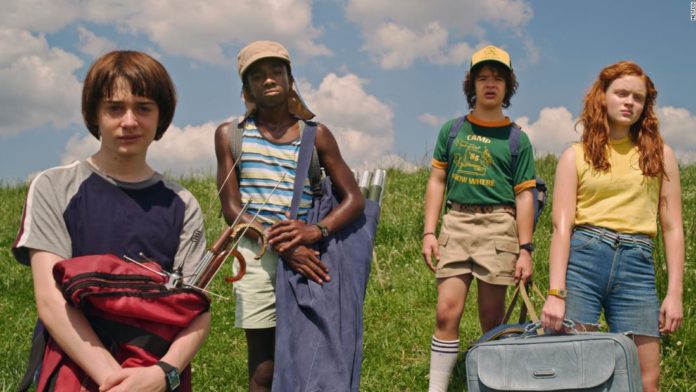 Ross Duffer and Matt Duffer, who created the series, revealed some hints about how the series will wrap in an interview with The Hollywood Reporter .
“We know what the end is, and we know when it is. [The pandemic] has given us time to look ahead, figure out what is best for the show. Starting to fill that out gave us a better idea of how long we need to tell that story,” Ross Duffer said.
Viewers were left with the kids of Hawkins spending the summer of 1985 fighting the supernatural in Season 3.
As for Season 4, because of the coronavirus pandemic, the priority is the safety of the cast and crew, and Ross Duffer said “that will dictate when we go back.”
In the meantime, the Duffer brothers said they have had more time to work on the scripts and visual effects.
“For the first time, we have all the scripts written and we’re able to look at it as a whole piece and make adjustments,” Matt Duffer said.