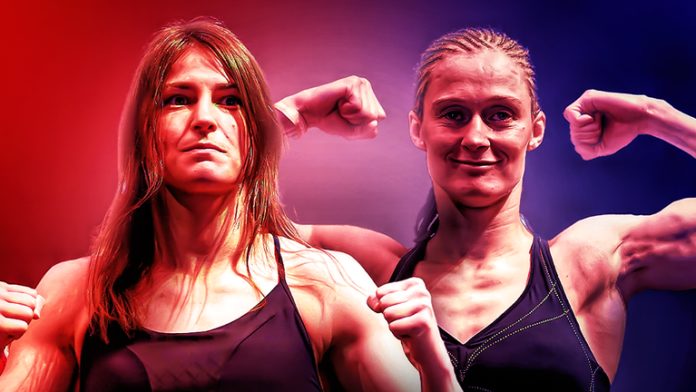 Britain’s unified world champion will be ringside to watch his heavyweight rival Whyte battle Povetkin this Saturday, live on Sky Sports Box Office, and Irish star Taylor also takes on Persoon in a world title rematch in the finale of Fight Camp.

BOOK NOW 🚨@DillianWhyte vs Alexander Povetkin and @KatieTaylor vs Delfine Persoon 2 in finale of #FightCamp on Aug 22, live on Sky Sports Box Office 📺🥊

Joshua is relishing the opportunity to watch Taylor, a fellow gold medallist at the London 2012 Olympics.

“I really respect her,” Joshua told Sky Sports. “She is phenomenal. She is someone I sit back quietly and learn from.

“I take inspiration from her. She is a dedicated athlete.”

Our Sky Sports Box Office team of experts will also include Jonas, who came within touching distance of a world title when she battled to a thrilling draw with Terri Harper in the second week of Fight Camp.

Anyone around my weight class, is someone I’ve always got my eye on.

“The girls are leading the way in Fight Camp,” said Jonas. “I’m most looking forward to the Taylor fight and I think Taylor has got a point to prove this time, so she’ll be looking to make a statement.

“Anyone around my weight class, is someone I’ve always got my eye on. You’ve got to look at them from a tactical point of view – and I’ll be looking for weaknesses.”

Whyte is a vicious counter-puncher and I just expect an explosive fight from the word go.

“I can’t wait to see Whyte-Povetkin and Taylor-Persoon,” said Bellew. “A fantastic night of fights and it’s going to be exciting from start to finish.

“Povetkin doesn’t know any other way than to meet fire with fire. Whyte, he fights anyone, and gets stuck in from the word go. Whyte is a vicious counter-puncher and I just expect an explosive fight from the word go.”

Smith, Sky Sports Head of Boxing Development, said: “We’re absolutely delighted that Anthony Joshua is part of our team for this Saturday’s Box Office event as Dillian Whyte risks his world title ambitions against the dangerous Alexander Povetkin and Katie Taylor takes on Delfine Persoon in an epic rematch.

“AJ knows all about Whyte and Povetkin’s strengths, having already shared the ring with them, while he has followed Taylor’s career with interest since they were both Olympians at London 2012.

“Natasha joins us, just a few weeks after her thrilling draw with Terri Harper, and it could be a scouting mission for the Liverpudlian, who is keen to force her way into Taylor’s future plans.

“Tony Bellew is back on Box Office, this time behind the mic, and he knows all about the excitement surrounding a big heavyweight clash. It’s a terrific Box Office team that will bring you every opinion and talking point in a thrilling finale to Fight Camp!”