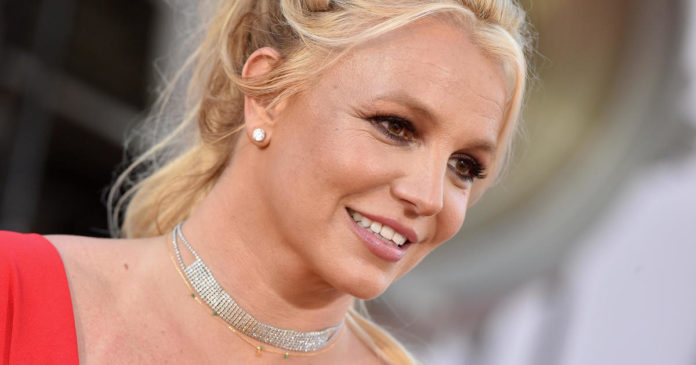 Britney Spears is seeking to make changes to her conservatorship, which has been in place since 2008. The 38-year-old singer is asking that her father, Jamie Spears, be removed as her conservator, according to court documents obtained by Entertainment Tonight.

A conservatorship is put in place when a judge appoints a responsible person or organization – the “conservator” – to care for another adult who cannot care for himself or herself or manage his or her own finances, according to the California court system.

Spears canceled her new Las Vegas residency when her father was hospitalized last year. The mother of two said in a statement she would be on an indefinite work hiatus “to devote all of her time to her family and their efforts to care for her father during his recovery.”

Fans of Spears felt her father’s hospitalization gave her the opportunity to take the reins and cancel her concerts without his input. This fan theory is just one part of the extensive “Free Britney” movement, which fans created to raise concern about Spears’ behavior and conservatorship. Many fans believe Spears is being controlled by her father, is a prisoner in her own home, and has been trying to use her Instagram to subtly ask the public for help.

The pop star’s father, who is 68, recently spoke about the conservatorship and the Free Britney movement in a Page Six interview. He called the movement “a joke.”

“All these conspiracy theorists don’t know anything. The world don’t have a clue,” he said. “It’s up to the court of California to decide what’s best for my daughter. It’s no one else’s business.”

He also denied rumors that he or anyone else is skimming money off of Britney’s estate.

“I have to report every nickel and dime spent to the court every year,” he said. “How the hell would I steal something?”

He said he loves his daughter and all his kids, and added, “this is our business. It’s private.”

Asking for her father to be removed as conservator, however, is only fueling fan theories.

The court documents state Spears is “strongly opposed” to having her dad return as conservator. “Rather, she strongly prefers to have Ms. Montgomery continue in that role as she has done for nearly a year,” the documents continue, according to ET.

Spears is also “strongly opposed” to her father continuing as sole conservator of her estate, the documents state, according to ET. “Rather, without in any way waiving her right to seek termination of this conservatorship in the future, she strongly prefers to have a qualified corporate fiduciary appointed to serve in this role.”

The singer’s conservatorship has evolved in three distinct phases as her life has changed over the years, her attorney explains in the court documents.

In the first “triage” phase, her conservators “rescued her from a collapse, exploitation by predatory individuals and financial ruin.” This followed a 2007 incident during which Spears shaved her own head in public, raising concerns about her mental health.

The second phase of the conservatorship occurred when Spears spent years touring and performing at her Las Vegas residency.

The third current phase reflects Spears’ desire to no longer perform, the documents state, according to ET. “We are now at a point where the conservatorship must be changed substantially in order to reflect the major changes in her current lifestyle and her stated wishes,” the documents read.

A court hearing is scheduled for Wednesday, August 19, according to ET, which reached out to Jamie Spears for comment.