Home Culture Bill Murray and Rashida Jones put the fun in dysfunctional in ‘On... 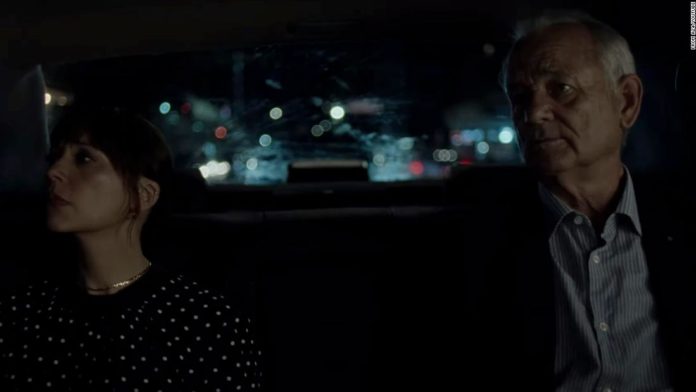 The first trailer debuted Wednesday for “On the Rocks,” a movie set in New York City in which Jones, as Laura, fears her husband, played by Marlon Wayans, is cheating on her because he’s suddenly working lots of overtime.
Her playboy father, Felix, played by Murray, convinces her to team up with him to follow Wayans around to see what he’s up to.
Along the way, Murray dishes out fatherly advice on everything from plastic surgery to the age women are the best looking. And he’s positively convinced her husband is up to no good.
“Raise your hands if that sounds fishy,” Murray says in the trailer of Wayans’ many business trips.
“Can you just act a little less excited about this, because this is my life and it might be falling apart,” Jones says to Murray in the trailer.
The film reunites Murray and Coppola, who won the 2004 Academy Award for best original screenplay for “Lost in Translation,” starring Murray and Scarlett Johansson.
Along with directing, Coppola also wrote the screenplay for “On the Rocks.”
The film will premiere on Apple TV+ in October.