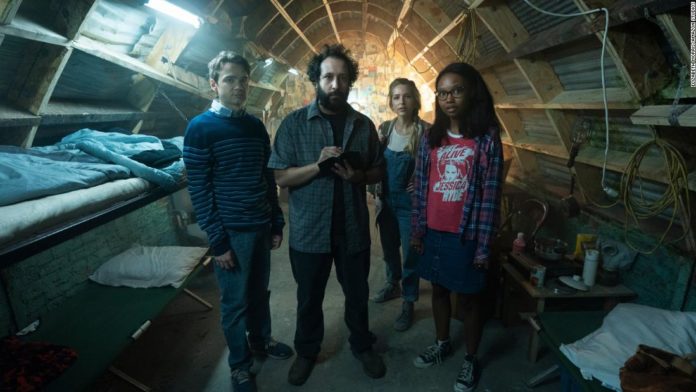 The trailer features a cover of R.E.M.’s hit, “It’s The End Of The World As We Know It (And I Feel Fine),” lots of HazMat suits and general panic about global demise.
The show stars John Cusack, Rainn Wilson, Farrah Mackenzie, Christopher Denham and Cory Michael Smith living in a world plagued by what else, a pandemic. Clues found in a comic book called “Utopia” hold the keys to saving the world.
[embedded content]
“Gone Girl” writer Gillian Flynn executive produced the series along with Endemol Shine North America, Kudos and Amazon Studios.
Amazon describes the show as “a twisted, eight-episode thriller about a group of young comic fans who discover the conspiracy in a graphic novel is real, and embark on a high-stakes adventure to save humanity from the end of the world.”
The series premieres Sept. 25.