Home Sport McIlroy: No plans to play outside USA 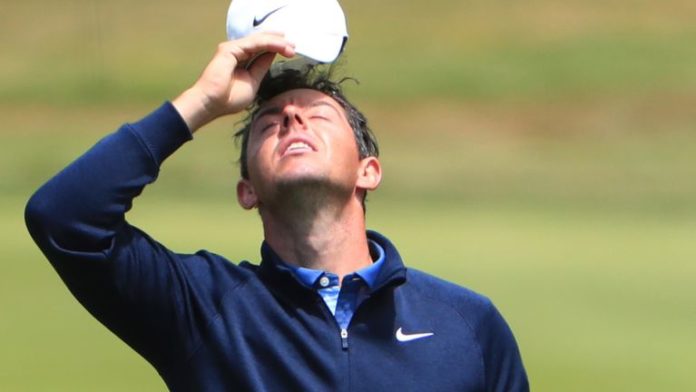 Watch The Northern Trust throughout the week live on Sky Sports. Live coverage begins on Thursday with Featured Groups from 12.15pm via the red button on Sky Sports Golf

Rory McIlroy has ruled himself out of next month’s Dubai Duty Free Irish Open and admits he is unlikely to play outside of America any time soon.

McIlroy features at this week’s Northern Trust, the opening event of the three-week FedExCup play-offs, before planning to take a week off after the Tour Championship ahead of the US Open at Winged Foot.

This year’s Irish Open has been moved to Northern Ireland and lost its Rolex Series status due to the coronavirus pandemic, taking place a week after the US Open as the start of a second “UK Swing”, with McIlroy not planning any overseas tournaments for the foreseeable future.

“I’m planning to stay in the States, I don’t see myself travelling internationally for a while,” McIlroy said ahead of The Northern Trust. “I’m playing four of the next five weeks with that last week being a major championship.

“It might be different if there could be fans there and stuff, but it’s behind closed doors and it’s not an Irish Open like we’re used to it being the last few years with obviously big prize funds and everything.

“But not even that, (it’s) just the fact that I just want to spend time at home and not travel too much the next few months.”

McIlroy starts the FedExCup play-offs eighth in the season standings after failing to register a top-10 in his six appearances since golf’s resumption in June, but is a two-time winner at TPC Boston – this week’s venue – and still has the chance of winning the FedExCup for a third time.

“It’s nice to be up there even though I haven’t had the best few weeks coming back from lockdown,” McIlroy added. “I’m still, you know, right in there. I’m in the top-10 and feel like if I can get something going here over the next few weeks, I’ve got a great chance going into East Lake.

“This is usually a time of year where I’ve historically played pretty well. Boston’s a place and a golf course where I’ve got some nice history, so hopefully that can ignite something for me this week and I can get on a good little run of golf coming up.

“I sound like a broken record. I saw some good signs last week in practice, and just a matter of it translating out into the competitive arena.”

Who will impress in the FedExCup play-offs? Watch The Northern Trust throughout the week live on Sky Sports. Live coverage begins on Thursday with Featured Groups from 12.15pm via the red button on Sky Sports Golf.