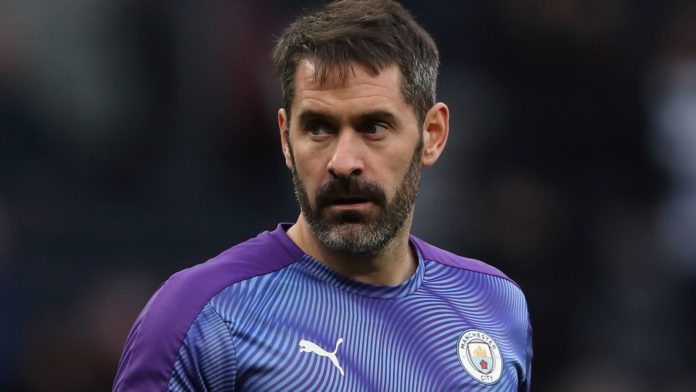 Carson yet to make first-team appearance for City

Carson joined last summer to become third-choice goalkeeper and is yet to make a first team appearance.

Second-choice stopper Claudio Bravo left the club earlier this week, but his place in the goalkeeping pecking order looks set to be taken by USA international Zack Steffen, who will return to the club after a loan spell with Bundesliga side Fortuna Dusseldorf.

Carson has made four appearances for England, and has had spells with Liverpool West Brom and Turkish side Bursaspor.

City have been active in the early stages of the summer transfer window, signing defender Nathan Ake from Bournemouth and winger Ferran Torres from Valencia. Along with Bravo, David Silva left the club on a free transfer, while Leroy Sane was sold to Bayern Munich.

Pep Guardiola’s side will learn on Thursday who they will start the 2020/21 Premier League season against, with the fixtures set to be announced at 9am.