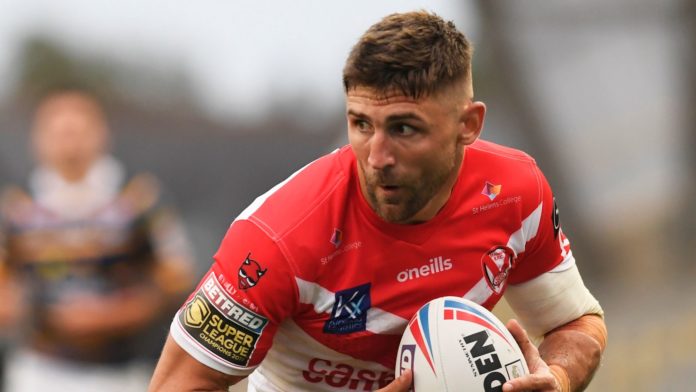 St Helens winger Tommy Makinson has been banned for five games and fined £500 after pleading guilty to a grab on Castleford prop Liam Watts.

The England international was involved in an incident in the 13th minute of Sunday’s Super League game, where he appeared to grab the groin area of Watts.

A Rugby Football League operational rules tribunal ruled the offence was Grade E, the fifth most serious of the six available categories, with Makinson’s previous good disciplinary record taken into account in determining the punishment.

Makinson will miss two games against Super League’s bottom side Hull KR, the first on the weekend of August 29/30 and also the reverse fixture, and the match with Huddersfield.

Makinson will also sit out the Coral Challenge Cup quarter-final against Warrington but could return for the semi-final if Saints progress.

Before then he will also be unavailable for Saints’ derby with Wigan, which was originally scheduled for September 30 when the restart fixtures were announced in July.