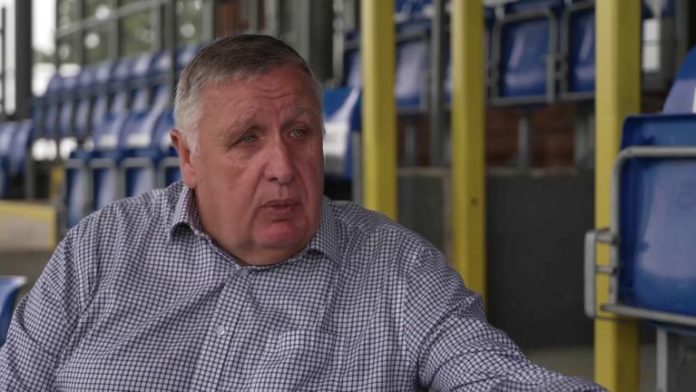 Spectators allowed to attend matches in steps three to six of the men’s National League System (NLS) and in tiers three to four of women’s football from Saturday; no fans allowed in September’s Nations League fixtures

The FA is hopeful of welcoming England supporters back to Wembley for October’s triple-header as a phased return of fans begins this weekend.

The governing body has announced supporters at clubs playing in steps three to six of the men’s National League System (NLS) and teams in tiers three to four of the women’s football pyramid will be able to attend games from Saturday.

Spectators will be allowed through the turnstiles for games played between August 22 and 30, providing their number does not exceed 15 per cent of the minimum ground grading capacity at these levels.

From August 31, clubs will be permitted to allow spectators to attend fixtures provided their number does not exceed 30 per cent of the minimum ground grading capacity.

If a club does have any fixtures before August 30, they must play at least one pre-season or competitive match at the 15 per cent threshold, before moving on to the 30 per cent limit.

Fans have been unable to attend matches played in the top 10 tiers of men’s football since the coronavirus pandemic took hold in March but it is hoped the phased return will lead to fans enjoying live football further up the pyramid by October.

In comes after UEFA stated September’s Nations League games will go ahead as planned but behind closed doors.

Similar to the FA’s stance, UEFA also wants to hold pilot games first with next month’s Super Cup in Budapest on September 24 between the winners of the Champions League and Europa League, put forward as a possible fixture.

Although it means England’s back-to-back away games in Iceland (September 5) and Denmark (September 8) will see no spectators, FA chief executive Mark Bullingham is hopeful supporters will be allowed back for their three home games the following month following positive discussions with UEFA.

“We have obviously got to work out with both UEFA and the government – we are not talking about full stadia but we are talking about having some level of crowds back in October as our goal,” Bullingham said.

“We’d love to get fans back in the stadia for all three matches in October and I think there will be a different set of circumstances discussed for then.

“We didn’t go to that level of detail on the call today, but I think there could well be a circumstance where you get different approaches from different countries.

“The pandemic is so hard to predict but there are radically different situations in the countries and you’ve got to adapt.”