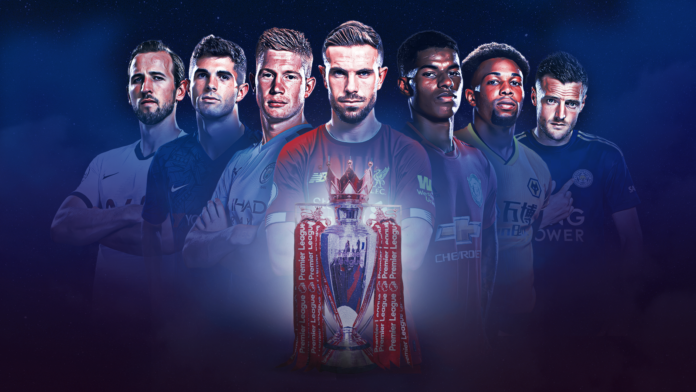 Premier League champions Liverpool will face newly-promoted Leeds United on the opening weekend of the 2020/21 season but both Manchester City and Manchester United will sit out the first round of fixtures.

TAP HERE FOR ALL OF THE 2020/21 PREMIER LEAGUE FIXTURES

It’s a mouth-watering start to life back in the top flight for Marcelo Bielsa’s Championship winners Leeds, with their trip to Anfield on Saturday September 12, while fellow Premier League new boys Fulham host Arsenal in an opening weekend London derby and West Brom take on Leicester City at the Hawthorns.

Instead, Manchester City’s first game will be at Wolves on September 19, while Manchester United play Crystal Palace at Old Trafford on that same weekend.

There are also delays for Chelsea, who travel to Brighton, and Wolves, who begin with a trip to Sheffield United, because of their European involvement, which ended around a week earlier than the Manchester clubs. Those fixtures will take place on Monday September 14.

Liverpool face an intriguing start to their title defence. After that exciting opener with Leeds, their next fixtures are Chelsea away, Arsenal at home and Aston Villa away before a Merseyside derby with Everton at Goodison Park on October 17. Their first showdown with Manchester City comes on the weekend of November 7.

It’s a tough start for FA Cup holders Arsenal, too, with some testing away days early in the season. After a trip to Fulham on the opening weekend, their next away games are against Liverpool, Manchester City, Manchester United, Leeds and then north London rivals Tottenham on December 5.

Having both sat out the opening weekend, Manchester City and Manchester United will clash in Manchester derbies scheduled for the weekend of December 12 and March 6. United’s first meeting with fierce rivals Liverpool comes on January 16 at Anfield, with the return fixture at Old Trafford their fifth-from-last on May 1. They renew their rivalry with Leeds United on December 19.

Chelsea will travel to Liverpool on the second weekend of the season and will play at Manchester United at the end of October following a second international break. Frank Lampard’s side have also been given a headline-grabbing fixture on Boxing Day with a trip to Arsenal, and will begin 2021 with a clash against Manchester City on January 2.

Brighton to start with Monday game against Chelsea

Liverpool start with Leeds before Chelsea and Arsenal

Saints to kick-off with Palace and Tottenham

West Brom to open at home to Leicester

Other dates for your diary

Next season’s Champions League group stage will get underway on October 20, at the same time as the Europa League’s group stage return.

The Community Shield will take place at Wembley on Saturday August 29. The traditional curtain-raiser for the new season will see Premier League champions Liverpool play Arsenal.

The match will be immediately followed by an international break from September 2-10, with England facing Iceland and Denmark in the Nations League.

The first four rounds of the Carabao Cup will be played from September 5, with Premier League clubs joining at round two on September 15/16 and those who are in European competition entering at round three a week later.

The FA Cup third round is scheduled for January 9 2021 – and replays have been scrapped this season.

Euro 2020 will now take place from June 11-July 11, 2021. The 12 original host cities have been confirmed as venues for the rescheduled tournament.

When is the transfer window?

The window will run for 10 weeks this summer.

It opened on Monday July 27 and will close on Monday October 5 at 11pm.