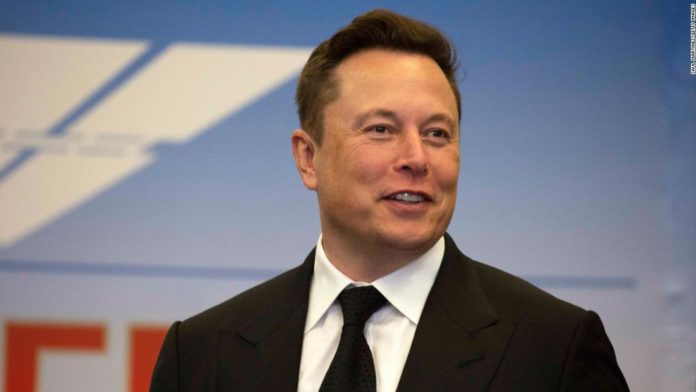 The company recently finished a $1.9 billion funding round, one of the largest single fundraising pushes by any privately held company, according to public filings and data aggregated by venture capital data firm Crunchbase. That brings SpaceX’s overall valuation to $46 billion. The news was first reported by Reuters.
SpaceX now ranks third on a list of so-called “unicorns,” which are privately held startups with valuations topping $1 billion, according to data from the venture capital analysis firm CB Insights. The only two startups valued higher than SpaceX are two Chinese tech giants — rideshare company Didi Chuxing and TikTok parent company ByteDance.
Valuing privately held companies is a matter of guesswork, as they are generally not obligated to publicly share their financial information, and companies negotiate new investments behind closed doors. SpaceX does not make its financial data available to the public. Wall Street has recently turned an increasingly skeptical eye toward “unicorns” that balloon in value while they’re privately held, only to flop once they’re listed on the stock market.
But even at SpaceX’s eye-popping valuation, some Wall Street analysts and investors argue the company is still undervalued.
Morgan Stanley analysts, for example, wrote in a report last month that SpaceX could be worth as much as $200 billion if its experimental satellite-internet project, Starlink, works as intended. Morgan Stanley said its low-end estimate for SpaceX’s value is about $50 billion.
And SpaceX’s other ventures — including launching astronauts and cargo for NASA, building massive prototypes for a would-be Mars rocket, and launching satellites for the US military — all give investors plenty of reason to clamor for a chance to own a piece of SpaceX, according to Chad Anderson, a SpaceX investor and the CEO of investment firm Space Angels.
Anderson said Space Angels participated in the latest funding round, growing its previous stake in the company, though he declined to say how much his firm has invested.
Anderson said that when SpaceX raises money there are typically more willing buyers than there are opportunities to invest, and that held true during this most recent funding round. That keeps existing investors happy because it indicates their stakes in SpaceX will keep going up in value.
But unless investors sell their stake to other venture capitalists, there isn’t much of an opportunity to make real money off of a SpaceX investment just yet. Musk has said he does not plan to list SpaceX on the stock market anytime soon. Though the company’s president, Gwynne Shotwell, said earlier this year that Starlink may one day be spun off and taken public as a separate company, which could offer investors an attractive exit from their investment.
Anderson added that SpaceX still isn’t turning a profit, but that’s mostly because it’s still spending large sums of money investing in new arms of its business, including the Starlink internet business and its Mars rocket prototypes, dubbed Starship. And that does leave some room for debate when it comes to the question of whether SpaceX’s valuation is too high.
“I think there would probably be an argument both ways,” he said. “I think there’s definitely a lot of SpaceX haters or naysayers.”
SpaceX does have a lot to prove: Its Starlink internet service, which is currently in beta testing, will need to prove to be affordable and reliable enough to attract a significant customer base. Its Starship Mars rocket will also need to prove it can launch satellites and, perhaps, convoys of people at prices that make its development a worthwhile investment.
However, SpaceX has a pattern of proving its critics wrong, first by building the first commercial rocket to reach orbit, then by developing reusable rocket technology, and most recently by safely launching two NASA astronauts into space.
That’s the case for why, Anderson says, it’s unwise to bet against SpaceX.