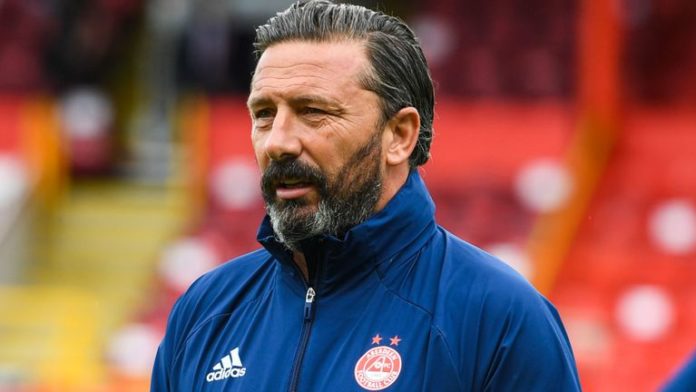 Derek McInnes and Neil Lennon – managers of Aberdeen and Celtic – said recently their clubs had been at the forefront of the protocols required to get Scottish football playing again. I believe them.

They seemed genuinely grateful that they were able to get back to some sort of normality as long as their clubs followed strict protocols and offered everyone a safe and secure environment from this dreadful virus.

But as the clubs were doing everything asked of them, we now know they were badly let down by their players.

And it looks like both clubs and the individuals involved are bracing themselves for serious consequences.

With the city of Aberdeen subject to strict coronavirus restrictions, eight Aberdeen players went for a meal in a local restaurant after an opening day defeat to Rangers, a clear breach of government guidelines resulting in the frightening outcome of two first-team players contracting Covid-19.

Frankly, I think the Dons men were guilty of naivety and stupidity, nothing more.

Calls for them to be sacked should be ignored. With players like Scott McKenna worth millions in the transfer market, it’s hardly an option anyway.

They were reckless and careless in their behaviour and I’m sure they’re suitably embarrassed at the furore surrounding the consequences of their actions.

We are now three weeks into the new season and as of today, Aberdeen have played just the one game while others have played four fixtures. It’s not a good look for Scottish football.

In contrast, Celtic’s Boli Bolingoli knew exactly what he was doing when he flew to Spain for 24 hours without telling anyone and ignoring the quarantine rules on his return.

All the players involved should be punished – but how far should a punishment go?

‘Docking clubs points would be absurd’

I’ve rarely been in favour of any player facing the sack but I could understand Celtic taking this course of action over their £3million Belgian signing.

The club can’t officially say this but his time in Glasgow must be well and truly over. However, I doubt they will. Football is currently in a transfer window and if there’s a chance of selling him for a fee or another club taking him on loan to get him off the wage bill, I imagine that’s what Celtic will do.

Like Aberdeen, Celtic feel a sense of embarrassment over the effect it has had on the Scottish game as a whole.

But what of the Aberdeen lads?

They have been hit with a heavy fine, maybe two but possibly as much as four weeks wages and severely reprimanded, whatever that means.

The significant sum of money gathered from all eight has been donated to NHS Grampian.

But on top of that, the SFA has opened a disciplinary investigation into both Aberdeen and Celtic for alleged breaches to the coronavirus testing regulations, possibly resulting in a heavy fine.

It’s even within the remit of the SFA to deduct them points. What a bizarre and ridiculous route to go down that would be.

Docking points from clubs for the lack of individual responsibility expected of professional footballers is a dangerous road to go down. Any player with a grievance against a manager/coach/board member would have a tool to ensure the whole club can be held accountable for an irresponsible action that he takes as an individual.

Aberdeen have already exerted their authority over their players actions but the infamous eight are in line for a further punishment of bringing the game into disrepute which could mean anything from a two to eight game ban from the SFA.

I think the prospect of a four-game ban on all Aberdeen players is excessive and shows that the SFA is reacting to government anger.

Scotland’s First Minister Nicola Sturgeon was “pretty furious” when she heard about the footballers’ breach of guidelines and displayed her anger when she “showed football the yellow card”.

But then again, footballers are an easy target.

Discipline is a big part of a footballer’s life and the vast majority are extremely well behaved. When they step out of line, they take punishment on the chin.

But there’s a danger here that the punishment towards the clubs and the players could be entirely unreasonable. Docking points from any club is absurd.

Players also accept the code of conduct at their clubs. But being fined heavily by their employer is one thing.

Adding to it with a hefty ban from the SFA would be too much.

The summer transfer window in Scotland will run for 12 weeks from July 24 and close at midnight on October 5.