Home Culture What Happens If Uber and Lyft Flee California? Look at Austin 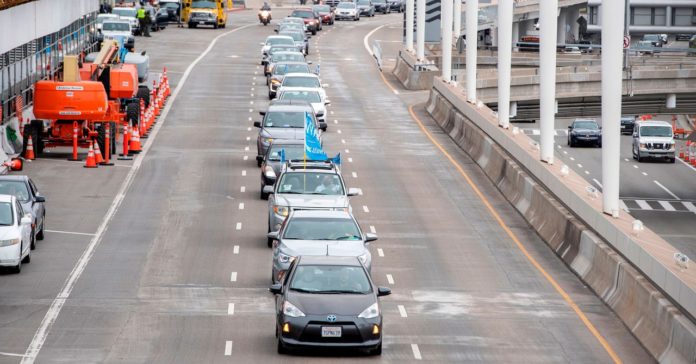 Rafael Rodriguez remembers the moment he learned Uber and Lyft were leaving Austin. “It was Mother’s Day, and I was with my girl in a restaurant,” he says. “I said, ‘Now I’m not paying for that piña colada.’” Today, he laughs about it. But in 2016, the situation was worrying. Rodriguez was a full-time driver for the ride-hail companies. Just two days later, the platforms ditched the Texas capital, frustrated that they had lost a ballot measure that forced them to fingerprint potential drivers for background checks. Rodriguez was out of a job.

Now, something similar might happen on a much bigger scale, in California. Earlier this month, a state judge ordered the ride-hail companies to treat ride-hail drivers as employees, instead of independent contractors, beginning Friday. If they can’t get the ruling overturned or delayed, Uber and Lyft say they will stop operating in California, where both companies began.

“Everything that we have built is based on this platform that brings earners and brings people who want transportation or delivery together,” Uber CEO Dara Khosrowshahi said in an interview with New York Magazine’s Pivot podcast on Wednesday. “You can’t flip that stuff overnight.”

The strategy seems to be a political bet, one that has worked for the companies before. They hope that if riders and drivers are angry enough about their departure, state lawmakers will rethink a law passed last year that effectively classified the drivers as employees. In 2015, Uber used nifty in-app graphics that generated rider outcry to beat back a vehicle cap proposed by New York mayor Bill De Blasio. (When the city tried again three years later, Uber cold-called its customers about it. That effort failed.) The company also mobilized rider outrage in London in 2017, when city regulators threatened the app’s license over safety issues. Today, despite ongoing regulatory fights, Uber is still operating in London.

So starting Friday, hundreds of thousands of California drivers, many of them part-time, might be out of a gig. Austin drivers have some words of advice for them: Brace for chaos. And then, get creative.

The week after Uber and Lyft left Austin in spring 2016 was confusing, drivers from the city say. People who hadn’t followed the news, or voted in the election, got mad. Others got desperate. “In the downtown bar area, people were going up to the cars on the street, banging on the window, and waving cash at them,” says Christopher David, who founded an Uber competitor, Arcade City, in Austin. “There was a huge shortage of cars.”

Soon, though, replacements arrived. Arcade City began as a Facebook group that paired drivers with people who needed to get places. (The operation has run into trouble with the law for improper permitting.) Other platforms willing to follow the city’s new rules trickled in over the next weeks and months: Fare, Fasten, Wingz, GetMe, and the nonprofit RideAustin. The city eventually established a hotline and then a job fair for drivers who had lost work.

But Austin drivers who spoke to WIRED said their best fares came from opportunities they created themselves. “Within a couple weeks or so, I started realizing it’s actually better that [Uber and Lyft] are not here,” says Miguel Monsivais, who drove for both companies starting in 2015. “This is our money, and it belongs to us. It belongs to the community.” Today, Monsivais drives a pedicab and picks up passengers for Arcade City, which still operates in Austin. He has also set up regular rides with repeat customers—something the ride-hail apps don’t allow drivers to do.