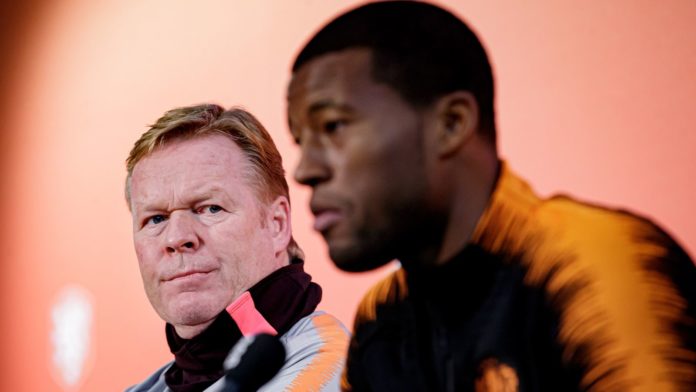 New Barcelona boss Ronald Koeman is a big admirer of Liverpool’s Georginio Wijnaldum – but the Catalan club are yet to make an approach for the midfielder.

Koeman has a close relationship with the 29-year-old after his performances as a key player during his recent stint in charge of the Netherlands.

Wijnaldum’s Liverpool contract runs out next summer and there are no talks yet about a new one.

Wijnaldum loves playing for Liverpool, Sky Sports News has been told, having become a Premier League and Champions League winner at Anfield in the last year or so.

But it would be fair to say he would have a big decision to make if Barcelona offered him a long-term contract.

Wijnaldum will be 30 in November. He moved to Liverpool from Newcastle United in a £25m deal in July 2016.

Since, he has scored 19 goals in 186 appearances under Jurgen Klopp.

Barcelona are beginning a major overhaul over their staff and players after they were humiliated in the Champions League 8-2 by Bayern Munich.

Technical director Eric Abidal, who was in charge of player recruitment, was sacked along with former head coach Quique Setien and replaced by Ramon Planes, who will oversee Barca’s summer transfer deals.