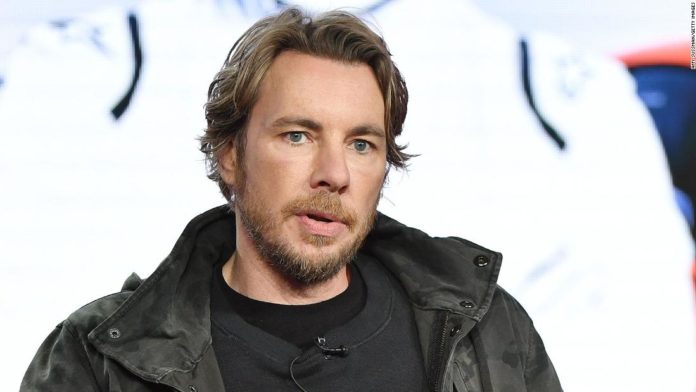 The actor talked about the accident this week on a episode of his podcast “Armchair Expert.”
He said he was reluctant to talk about it because he said he did “not want to get in the habit of getting attention for being injured.”
According to Shepard, he was passing some others on Sonoma Raceway in California when he braked “hard enough that the back wheel was off the ground for a good 100 yards.”
“I was totally at blame,” he said. “I thought I would be able to slide in between, but someone turned in and I was already under full brake and I couldn’t go anywhere.”
The “Top Gear America” star clipped a bumper, went flying over the handlebars and landed hard.
Shepard said he wanted to keep riding, but it all proved to be too painful. He found out why once he went to the hospital.
“The final tally was four broken ribs, the clavicle’s broken in three places and I need surgery,” Shepard said.
On Wednesday, he shared a photo of his bruises on his verified Instagram account.
“Thank you Armcherries for all the well wishes and concern,” the caption read. “I’m in one piece and spirits are high 🙂 Sorry for causing concern.”