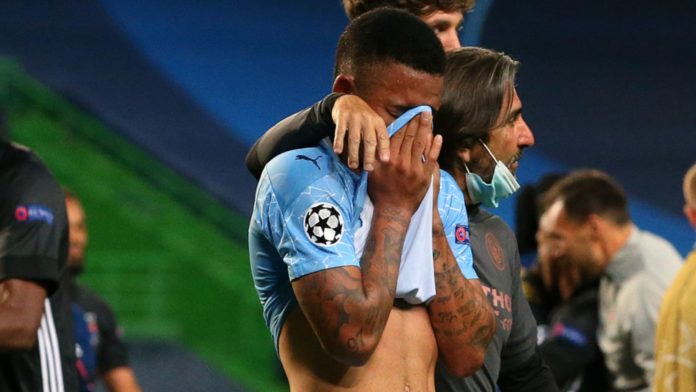 Yaya Toure: “[The Champions League] is hard – psychologically it can affect you. When you keep on losing, losing, any team can beat you”

City’s wait for a maiden Champions League win goes on after they were beaten 3-1 by Lyon in this season’s quarter-finals last Saturday, meaning the club – despite lifting four Premier League trophies since 2012 – has never equalled nor bettered their one and only semi-final appearance under Manuel Pellegrini in 2016.

With the pressure arguably never higher than at present on City to cast aside their own hoodoo – and Guardiola himself still looking for a first Champions League win since 2010 – Toure, speaking at Hotels.com Dream Screen, suggested the failure to push on could have a psychological effect.

“In Europe, all the clubs are vicious. Other clubs are very good, and clever,” he told Sky Sports.

“This competition is hard – psychologically it can affect you. When you keep on losing, losing, any team can beat you.

“In the Champions League, you saw RB Leipzig beating Atletico Madrid, that was a shock for people because football now is so unpredictable. When those teams came, they just put everything on it. They want to win, 100 per cent.

“Of course, maybe City against Lyon, the way they were playing in the beginning [did not help], but after that, you have to give credit to Lyon as well. They got it spot on, and they knocked City out.”

Questions had been raised about Guardiola’s decision to deploy a 3-5-2 formation to match up against their French opponents last Saturday, with a surprise 3-1 defeat following to the side who finished seventh in Ligue 1 last season.

The Champions League remains the only major trophy to have eluded Guardiola since his arrival in English football, having won two Premier Leagues, three Carabao Cups and an FA Cup since joining City in 2016.

The former Barca boss has rarely played a back three while at the Etihad Stadium and left Riyad Mahrez, David Silva, Bernardo Silva and Phil Foden on the bench – with the introduction of the former minutes into the second half providing a notable spark for his side, albeit not enough.

“Of course, Lyon played well, they were well organised, but I don’t think City changed much,” Toure said. “People have talked about his tactics, but the team always have to play the same way. It’s just Lyon caused them problems, defended well and caught them on the counter-attack.

“We were all shocked when City lost to Lyon. For all the fans who were thinking it was the season City would win.

“You have to only play one-off games, thinking it would be an easy one with playing against Lyon rather than Juventus, and people were shocked. But you have to admit that Lyon played very well, they were very well prepared.”