Home Sport Holgate: Everton squad have a point to prove 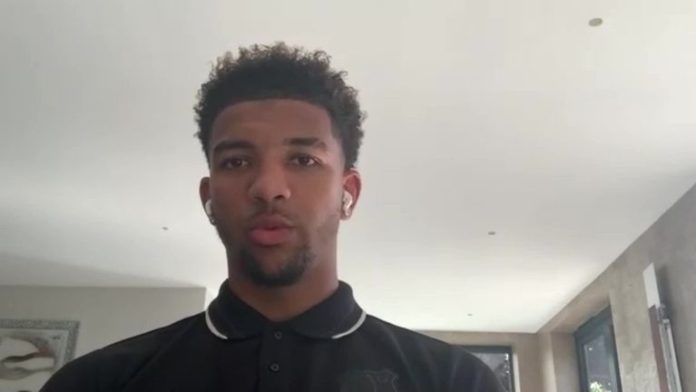 Mason Holgate says Carlo Ancelotti’s Everton squad know they have a point to prove in the upcoming 2020/21 Premier League season.

The Toffees finished 12th last season despite an improved second half of the campaign, initially under interim boss Duncan Ferguson and later Ancelotti, following the sacking of Marco Silva in December 2019.

Holgate says the Everton squad, who have not yet been bolstered by a significant signing this summer, know they have enough talent to be performing better and have already accepted they failed last season.

“This year we’ve definitely got a point to prove. It’s down to us now to work hard and prove that now.

“If you look at the talent in our squad, where we finished the season wasn’t where we should have really.

“We all think and believe that.”

Everton will begin their 2020/21 Premier League season with a trip to face Tottenham on September 12 and Holgate hopes to return to Ancelotti’s starting line-up after missing the final two games of last season with injury.

“I think I have got to be pleased with last season. From going on loan to the Championship to ending up playing most of the games [for Everton] until I got injured,” he added.

“It’s positive for me but it is what I wanted to be doing, so I couldn’t really sit back and look at it too much.

“I wanted to play, I’ve had the chance, now it’s down to me to keep getting better.

“I need to prove that I can do it season in, season out.”