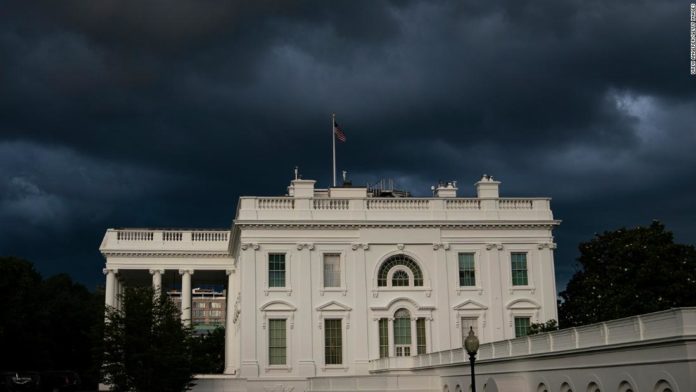 It’s easy to imagine a scenario where no winner is known for days, weeks or longer following the November 3 election.
A protracted dispute over the outcome would be a nightmare for investors, who famously loathe uncertainty. And what’s more uncertain than a contested election that raises questions about the peaceful transfer of power in the world’s largest economy?
“There is a creeping concern,” David Kotok, co-founder and chief investment officer of Cumberland Advisors, told CNN Business. “If it appears too close to call, we’re going to get a market correction as we get closer to the election.
The situation is being muddied further by the pandemic, which has led many states — including key battlegrounds — to embrace mail-in ballots to ensure Americans who don’t want to be exposed to coronavirus have a way to have their votes counted.
Trump has warned that mail-in ballots lead to “massive fraud” — despite the fact that these claims have been repeatedly debunked.
“Could several state results that are highly reliant on mail-in ballots — and have razor-thin results — prompt Trump to claim fraud?” Greg Valliere, chief US policy strategist at AGF Investments, wrote in a note to clients last week. “That is the great fear.”
Valliere estimates there is “at least” a 30% chance of a “disputed” election that could eventually get settled by the Supreme Court.

‘Markets can tolerate a Blue Wave’

The best-case scenario for Wall Street would likely be a Trump reelection. Stocks boomed during the early years of the Trump presidency in part because of his administration’s embrace of low taxes and light regulation. (Trump’s trade wars, however, were far less popular with investors and caused stocks to tumble at times.)
Yet markets have been largely unfazed by the rise of Biden in the polls.
Stocks rallied this spring and summer even as Biden overtook Trump to become the odds-on favorite in betting markets. That’s despite the fact that Biden’s proposals to raise corporate taxes and promote clean energy could hurt parts of the stock market.
Kotok suggested that is because a Biden administration would bring about a welcome dose of stability compared with the volatility of the Trump era.
“Markets can tolerate a Blue Wave even though taxes will rise and things will change,” said Kotok. “Markets are fed up with chaotic government.”
At this point, few on Wall Street will be shocked if the election results are not known immediately. It is reasonable to assume it will take time, especially in a close election, to count the mail-in ballots.
“A lack of immediate US election results this fall appears unlikely to spook capital markets,” Todd Jablonski, chief investment officer at Principal Global Asset Allocation, told CNN Business in an email.

Fasten your seat belts this fall

By contrast, a situation where the results are disputed could shake confidence among investors.
“I believe the worst outcome would be a protracted standoff around the election results,” Kristina Hooper, chief global market strategist at Invesco, wrote in an email to CNN Business, although she added that it might not have a “dramatic” impact on stock prices.
Thomas McLoughlin, head of Americas fixed income at UBS Global Wealth Management, said investors could flock to safe havens such as gold and US government debt in the event of a disputed election.
“Investors should be prepared for volatility in the event of an inconclusive result. Markets abhor uncertainty,” McLoughlin wrote in a note to clients this week.
The problem is there is little historical context guiding investors for how to think about a contested election.
The nearest parallel is the 2000 dispute over “hanging chads” in Florida in the wake of the contest between Al Gore and George W. Bush. It took six weeks, a lifetime in short-term focused financial markets, before Gore conceded on December 13 following a Supreme Court decision.
That standoff clearly spooked investors. The S&P 500 tumbled nearly 12% from the close on Election Day to the lows on December 20, according to RBC Capital Markets. Gold prices, on the other hand, rose sharply.

Of course, the 2000 recount is not an exact parallel.
Unlike Bush and Gore, Trump has a history of shattering norms, unpredictable behavior and challenging America’s institutions. Few questioned whether Bush or Gore would ultimately concede the election before Inauguration Day, but that’s a distinct possibility with Trump, should he challenge the election results.
As noted by the New York Times earlier this month, “Imagine not just another Florida, but a dozen Floridas. Not just one set of lawsuits but a vast array of them. Instead of two restrained candidates staying out of sight and leaving the fight to surrogates, a sitting president of the United States unleashing ALL CAPS Twitter blasts from the Oval Office while seeking ways to use the power of his office to intervene.”
In other words, all bets are off.
Asked if the president will not accept the results of the election unless he wins, White House press secretary Kayleigh McEnany said Wednesday that “the president has always said he’ll see what happens and make a determination in the aftermath.”
As CNN editor-at-large Chris Cillizza headlined a column this week: “The White House has stopped even pretending Trump won’t contest the election results.”

But will the real economy be swayed?

Still, long-term investors would be wise not to overreact to election-related turbulence.
Yes, a disputed election could rattle investors and perhaps even jolt consumer confidence.
But the real test will be whether the political drama derails the fragile economic recovery from the pandemic recession. If not, then markets should rebound.
“The impact on the economy from a disputed election would be negligible,” said Invesco’s Hooper.
And even if it does slow the recovery, a disputed election would do nothing to alter the real driver of stock prices these days: unprecedented easy money from the Federal Reserve.