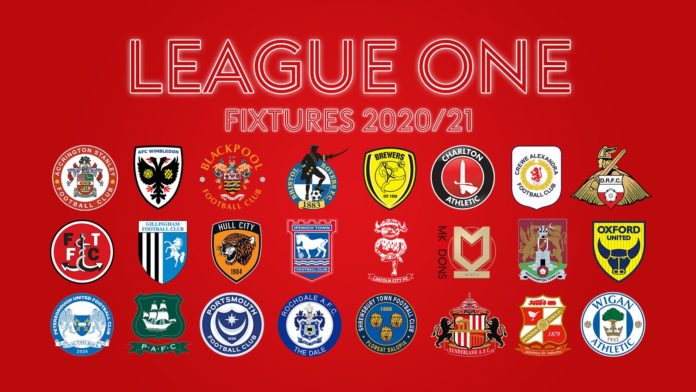 Wigan will travel to Ipswich on the opening day of the 2020/21 Sky Bet League One season on September 12, while promoted Crewe take on relegated Charlton.

Wigan’s relegation to League One from the Championship was confirmed earlier this month after losing an appeal against a 12-point deduction for going into administration, and they go to Portman Road to take on an Ipswich side who finished 11th in their first third-tier season since 1957.

Meanwhile Crewe, who were promoted from League Two in second place after their season was curtailed by coronavirus, take on relegated Charlton, who fell from the Championship on the last day of the 2019/20 season.

Elsewhere, Sunderland host Bristol Rovers at the Stadium of Light, while relegated Hull City have a trip to Gillingham and League Two play-off winners Northampton celebrate their return to the third tier with a home clash with AFC Wimbledon.

Among the favourites for promotion to the Championship, Peterborough United are away at Accrington Stanley, while Oxford United go to Lincoln City and Portsmouth host Shrewsbury Town.

The Sky Bet League One season will finish on May 8, with all teams playing at least once a week until then, bar a break on the weekend of November 7.

League One will have 11 midweek rounds due to the delayed start to the new season amid the coronavirus pandemic, and the season will officially conclude with the play-off finals to be held at Wembley Stadium over the Spring Bank Holiday weekend May 29-31 2021.

Sunderland are 5/2 favourites for promotion from League One, followed by Peterborough (11/4), Charlton (3/1) and Portsmouth (3/1).