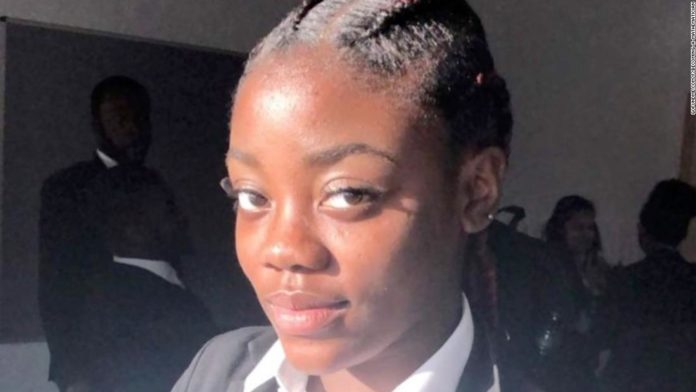 Vitoria Mario set up a GoFundMe page to raise the £40,000 ($53,000) she needed to attend university to study math, and with Swift’s donation she hit her goal.
Mario, a young Black woman who was “unable to utter a word in English” when she moved to the UK from Portugal in 2016, still achieved top grades in her GCSEs — exams usually taken by English students at the end of their fifth year in secondary school — in 2018.
This summer, she achieved the highest grades possible in her final high school exams, receiving an offer to study Mathematics at the University of Warwick.
Mario — whose father is dead and whose mother remains in Portugal — wrote on GoFundMe about her financial struggles in trying to pursue higher education, explaining that she was not eligible for loans or grants, because she does not have “Home” status in the UK.
Swift apparently came across the page and donated a sum of £23,373 ($30,000).
“I came across your story online and am so inspired by your drive and dedication to turning your dreams into reality,” wrote Swift on the GoFundMe page. “I want to gift you the rest of your goal amount. Good luck with everything you do!”
Mario said she had emailed 442 “top firms” for assistance “but was rejected or left without response” before starting the fundraiser.
“As desperate times called for desperate measures, I also went to some of the most affluent postcodes in London, including Kensington, to post my story though letterboxes, but unfortunately faced the same response,” she added.
Donations now stand at almost $58,000, with contributions coming in from nearly 1,000 donors.
Swift has a history of donating to individuals and charitable causes.
In October 2018 she gave $15,500 to a GoFundMe page raising money for the family of a mother who had been in a coma for three years.
And in March the singer donated $1 million to the Middle Tennessee Emergency Response Fund, which supports communities hit by a string of tornadoes in the US state.