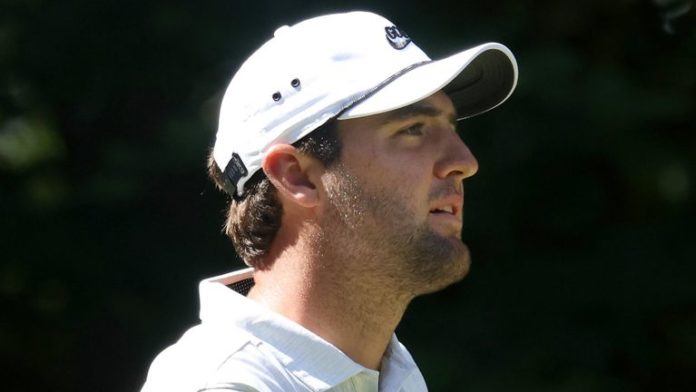 Scottie Scheffler enjoyed a special second round at the Northern Trust as he registered only the 12th sub-60 round in PGA Tour history.

Scheffler racked up 12 birdies on his way to a 12-under 59 at TPC Boston, birdieing four of his last five holes to move top of the leaderboard alongside Australia’s Cameron Davis in the opening FedExCup play-off.

The 24-year-old is only the 11th player in history and second this season to break 60 on the PGA Tour, following Kevin Chappell’s 59 during the second round of A Military Tribute at The Greenbrier in September.

After missing a 10-foot chance at the first, Scheffler got up and down from a greenside bunker to pick up a shot at the par-five next and then rolled in from six feet at the fourth for the first of first four straight birdies.

Scheffler drained a 20-footer at the ninth to reach the turn in 30 and started his back nine with successive birdies, before rolling in a 15-footer at the 14th and adding further birdies on his next two holes to go 11-under for his round.

A seven-foot par-save at the 17th left Scheffler requiring a birdie at the par-five last to post a sub-60 round, where he finished just short of the green in two before holing a five-footer for a closing birdie.

Jim Furyk is the only player to post multiple sub-60 rounds and still holds the record for the lowest-ever round on the PGA Tour, having carded a 12-under 58 during the final round the 2016 Wyndham Championship.

Watch the Northern Trust throughout the week live on Sky Sports Golf!