Home Culture ‘Love in the Time of Corona’ kicks off a flurry of social-distancing... 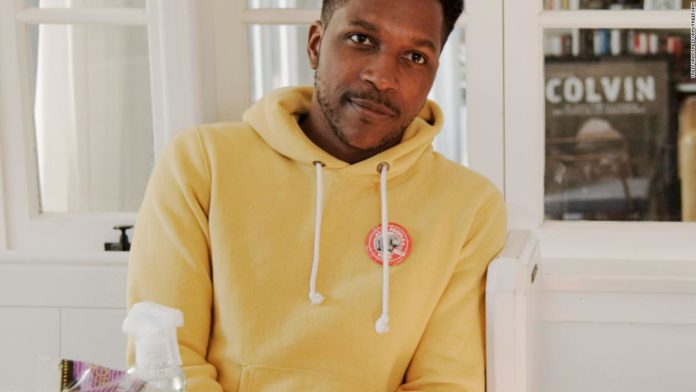 This project, notably, will be followed by others that creatively seek to deal with the challenges to production, including HBO’s “Coastal Elites” next month. Netflix has also announced a virtually shot anthology series, “Social Distance,” from the producer of “Orange is the New Black.”
All of this can be filed under “If life gives you lemons…” from a TV standpoint, although to its credit, “Love in the Time of Corona” manages to escape the claustrophobia that has characterized most of the scripted TV executed since the pandemic began, such as an episode of the CBS drama, “All Rise.” Edited and shot from multiple angles, the production values are polished, if unlikely to be confused with “Game of Thrones.”
The producers achieve that by focusing on basically three concurrent stories, along with third parties related to each. These disrupted lives unfold in the relatively early days of quarantine, when everyone was still hoping distancing guidelines would only be in place for a short time, including an older couple (L. Scott Caldwell, Charlie Robinson) planning an anniversary party that, one soberly realizes from the get-go, won’t be possible.
Their son James (“Hamilton’s” Leslie Odom Jr.) and his wife Sade (played by Odom’s spouse, Nicolette Robinson) are getting through the lockdown raising their daughter but also begin the discuss having another baby — a prospect complicated, in his eyes, by the intrusion of events related to the Black Lives Matter movement.
Paul (Gil Bellows) and Sarah (Rya Kihlstedt) have their college-age daughter (the couple’s daughter, Ava Bellows) move back home, while trying to conceal a secret from her. Finally, there’s Elle (Rainey Qualley) and her roommate Oscar (Tommy Dorfman), whose platonic relationship takes unexpected turns during quarantine, plus the distraction of their dreamy neighbor (Emilio Garcia-Sanchez) who regularly showers outdoors.
The Elle-Oscar arc contains some of the most fertile material, underscoring the hurdles of meeting people in the midst of all this, including her computer chat with a guy who seems perfect before he suggests they binge all the DC Comics movies together.
“What if this is the end of the world, and we both die alone?” Oscar asks, while Sade’s friend expresses similar concerns, calling quarantine “government-mandated celibacy for us single folks.”
Nothing here is particularly groundbreaking, but just crafting a reasonably entertaining and thoughtful program feels like an accomplishment under the circumstances — the equivalent of an Olympic dive with a higher degree of difficulty. The ending does feel a trifle rushed, but that’s an understandable byproduct of what was clearly an experiment.
At its best, “Love in the Time of Corona” is sweet and hopeful, as its characters look for light at the end of the tunnel that, in reality, hasn’t as yet materialized. Presumably, it won’t be the best, worst or last lockdown show, but it will go in that time capsule — a reminder of this period, and that when the people in a TV program are engaging, you can get by without much more than four walls and a camera.
“Love in the Time of Corona” airs August 22 and 23 at 8 p.m. on Freeform.