Home Sport Bulgaria vs Ireland to go ahead in Sofia 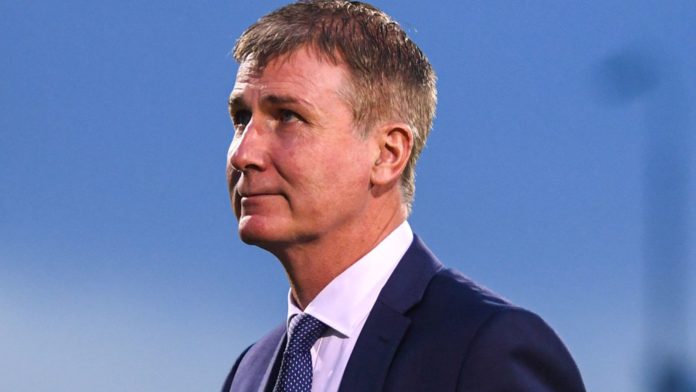 The Republic of Ireland’s opening Nations League fixture against Bulgaria will go ahead in Sofia as scheduled, the Football Association of Ireland (FAI) has confirmed.

Amid suggestions that the game on Thursday, September 3 could be moved to a neutral venue or the fixture reversed as a result of the ongoing coronavirus restrictions, the FAI has been seeking clarity on the situation.

But in a statement issued on Friday evening, the FAI said that the original plans would remain in place, meaning new manager Stephen Kenny’s first game in charge of the national side will take place in the Bulgarian capital.

“The Football Association of Ireland can confirm that Stephen Kenny’s Republic of Ireland will open their UEFA Nations League campaign with an away game against Bulgaria in Sofia on Thursday, 3rd September,” the statement read.

“Final details are still under discussion but the fixture will go ahead in Bulgaria as scheduled.”

The team will open their UEFA Nations League campaign with an away game against Bulgaria on Thursday, 3rd September#BULIRL 🇧🇬🇮🇪 | #COYBIG pic.twitter.com/lXnDnLIKWC

Ireland will then take on Finland at the Aviva Stadium in their second League B, Group 4 fixture three days later.

Kenny replaced Mick McCarthy – in his second spell as Republic of Ireland manager – in April.

McCarthy had been due to stay in charge of Ireland until after Euro 2020 but once they were postponed until next year due to the coronavirus pandemic, Kenny immediately stepped up from his role as U21s boss.