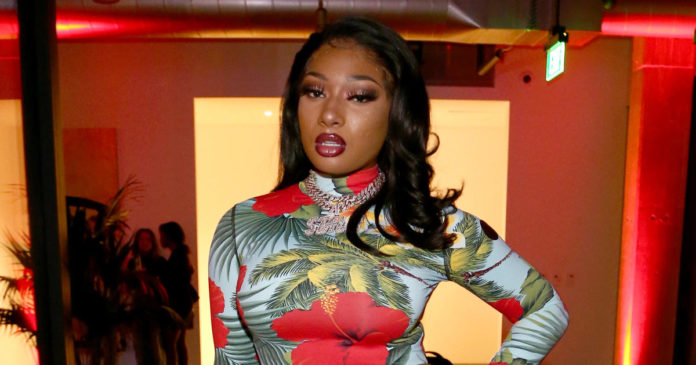 Rapper Megan Thee Stallion on Thursday accused singer Tory Lanez of shooting her in her feet after a party in Hollywood last month. The 25-year-old rapper made the allegation in a now-deleted Instagram Live.

The rapper, whose real name is Megan Pete, said she didn’t immediately tell police because she’s never been the type of person to run to tell police or internet her personal business. She also said she wanted to “spare” Lanez but had a change of heart after reading comments about the incident online.

“Yes, this n**** Tory shot me,” she said.”You shot me and you got your publicist and your people going to these blogs lying.”

On July 12, officers with the Los Angeles Police Department’s Hollywood Division responded to calls of shots fired, the department said in a release last month. Officers identified a car that matched the description of witnesses and arrested Tory Lanez, whose real name is Daystar Peterson.

Lanez was charged with carrying a concealed weapon in a vehicle and booked into a nearby jail, where he bonded out later that night, the release said. Police said one person was transported to a hospital after suffering a foot injury but did not name the victim at the time.

In a statement to CBS News, the Los Angeles County District Attorney’s Office said it asked police to continue investigating before filing an assault charge against Lanez. “On July 24, our office asked law enforcement for further investigation before making a filing decision on a charge of felony assault with a semiautomatic firearm – personal use of a firearm, against Daystar Peterson,” the statement said.

Representatives for Lanez did not immediately respond to CBS News’ requests for comment.

Last month, Megan Thee Stallion said she is expected to fully recover from the injury and “grateful to be alive.”