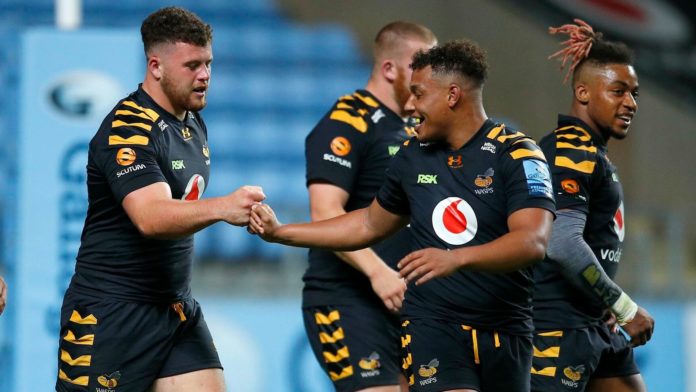 Worcester crumbled to an eighth consecutive defeat as Wasps overcame an 11-point deficit to win the Gallagher Premiership contest 32-17.

After last weekend’s resumption, both sides made wholesale changes. with Wasps’ reserves proving just too strong at the Ricoh Arena courtesy of a second-half rally.

Worcester responded with tries from Nick David and Beck Cutting. Duncan Weir converted both and added a penalty.

Wasps began strongly with No 8 Willis stealing possession to burst away and gain a platform in the visitors 22. From there Worcester conceded three penalties in quick succession before Ben Vellacott dummied his way over – but the try was disallowed by the TMO for a Wasps’ infringement.

Worcester took advantage of their let-off to take a 13th-minute lead. Skipper Will Butler made a couple of dents in the home defence before David spotted a gap to score. Weir converted.

Miller put the hosts on the scoreboard with a penalty but Worcester scored their second try when Cutting finished off a driving line-out. Weir’s touchline conversion gave his side a 14-3 lead at the end of the first quarter.

Worcester then lost Butler for a head injury assessment and they suffered a further setback when Willis forced his way over from close range. Miller converted before he and Weir exchanged simple penalties to leave Warriors with a 17-13 interval advantage.

After the restart, Miller and Weir were both off-target with long-range penalty attempts before Jacob Umaga replaced Liam Sopoaga at outside-half as Wasps sought to reverse their fortunes.

The hosts also introduced powerful Tongan No 8 Sione Vailanu and it paid immediate dividends as he was part of the pack which rumbled over the Worcester line for a try credited to Oghre, giving Wasps the lead for the first time in the match.

Wasps were much improved with Umaga and Vailanu in the line-up and a lively performance from scrum-half Vellacott, ensured they did enough to keep their noses in front, before late tries from Barbeary and Cruse sealed their victory.