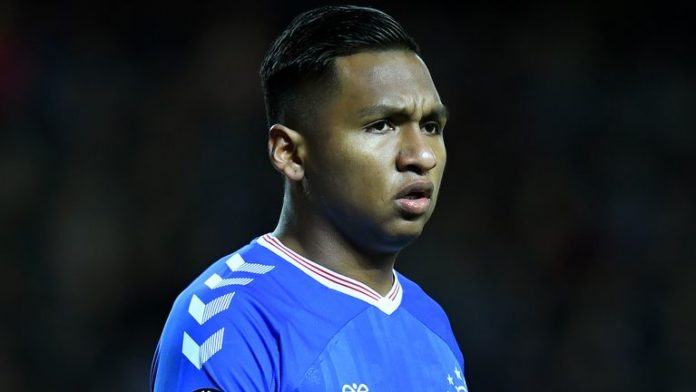 Alfredo Morelos was not included in Rangers’ squad for their match against Kilmarnock on Saturday.

Morelos has been linked with a move away from Rangers this summer, with Lille interested earlier in the window.

Lille have signed Canadian forward Jonathan David from Genk as a replacement for striker Victor Osimhen, which could mean they decide not to pursue a deal for Morelos.

Speaking after Rangers’ Europa League exit in August, Steven Gerrard admitted Morelos had his head turned due to transfer speculation.

Morelos has established himself as a key player for Rangers since joining from HJK Helsinki in 2017, and scored his first Scottish Premiership goals of 2020 in a 3-0 win over St Mirren at Ibrox.

What next for Morelos?

“It’s some very interesting team news from Ibrox. There’s so much speculation around Alfredo Morelos this summer linking him with a move away from Rangers and he’s been left out of the squad entirely by Steven Gerrard.

“Gerrard said yesterday that Morelos wasn’t quite right and he said a couple of weeks ago that the player’s head had been turned by interest from elsewhere, and today he has been left out of the squad – it’ll be interesting to hear Gerrard’s thoughts after the game.”

The Rangers boss said Leeds’ opening, undisclosed bid is “nowhere near” the club’s valuation of the player, and that the club do not want to sell Kent.