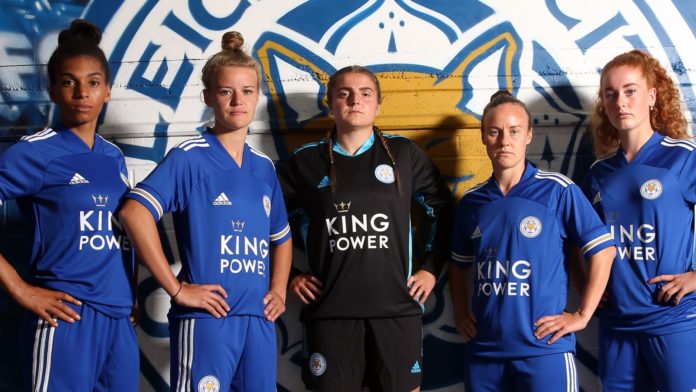 City chairman Aiyawatt Srivaddhanaprabha: “This is a really proud day. The introduction of a women’s team embedded within the club has been an ambition of ours for some time and today it can start to be realised.”

Leicester City have launched their own professional women’s team from next season.

King Power, which owns the club, has acquired independently established Leicester City Women who will become full-time and fully integrated into the Leicester City brand.

It is part of the club’s long-term strategy to develop women’s football in the city.

Leicester City Women currently play in the Championship and were sixth in the table when the season ended early due to the coronavirus pandemic.

It was the only their second season in the second tier of women’s football.

They will continue to play their home games at Quorn FC, including their outstanding FA Women’s Cup quarter-final with holders Manchester City.

City chairman Aiyawatt Srivaddhanaprabha said: “This is a really proud day. The introduction of a women’s team embedded within the club has been an ambition of ours for some time and today it can start to be realised.

“The club’s co-operation with LCWFC since 2004 has been a valuable gateway to the women’s game.

“Its chairman, Rohan Morgan, and its staff and players deserve great credit for the solid foundations they have built and we’re really excited to see how we can progress with the setup in-house.

“LCFC Women will carry the standard, but our vision for developing the women’s game in Leicester is wide-ranging. We want to build on the recent success of women’s football to inspire a generation of young girls and to ensure opportunities exist for the gifted among them to have a future in the game.”

Morgan added: “This is an amazing step forward, both for our team and for women’s football in the city.

“For many years now, we have proudly represented Leicester City in the women’s game and tried to build an organisation with solid foundations, high standards and the potential for growth.

“Officially joining the Leicester City family is the best possible endorsement of that work and I’m extremely proud of every player, member of staff and volunteer.”