Home Sport Whyte on Povetkin: ‘Get me that rematch!’ 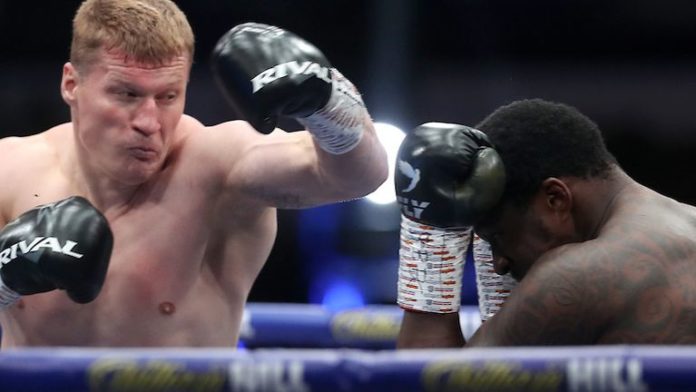 Dillian Whyte has a rematch clause to fight Alexander Povetkin again before the end of 2020, promoter Eddie Hearn confirmed.

Whyte was brutally knocked out by Povetkin after previously flooring his opponent twice – his hopes were ended of finally forcing a mandatory WBC title challenge against Tyson Fury.

“We have a rematch clause,” Hearn told Sky Sports.

“Povetkin is mandatory now, but the only person who would get called to negotiate fighting the winner of Fury vs Deontay Wilder was Dillian Whyte.

“We’ll exercise that rematch clause. We’ll look to make that before the end of the year and it’s a huge fight.”

Whyte had aimed to end a wait of over 1,000 days as the WBC’s No 1 contender by challenging for the world title but must now regroup.

“I can’t quite believe it,” Hearn said. “When the punch landed, I felt like I was in some dream.

“The fight was over, virtually, Povetkin hadn’t started well, I thought Dillian Whyte was measuring up.

“He had a great finish to the round when he knocked Povetkin down.

“One punch can change everything.”

Povetkin reacted: “I didn’t feel that I would finish the fight like this

“I was watching his fights and taking account that he was missing uppercuts from the left and right.”