Home Sport Katie Taylor: I enjoy a brawl too much 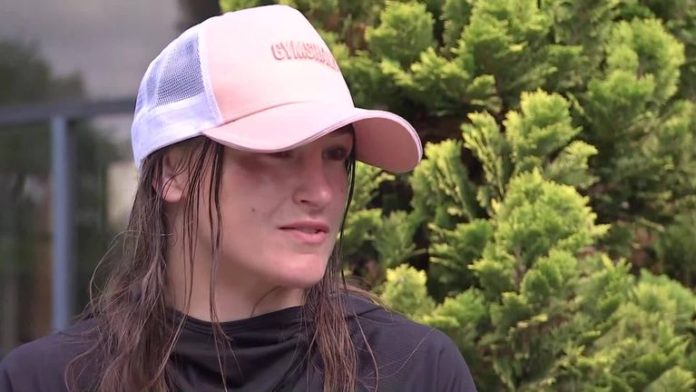 Katie Taylor believes the key to winning her rematch with Delfine Persoon was tempering her instinct to get involved in a brawl.

Taylor defended her undisputed lightweight title via unanimous decision on Saturday against the rugged rival who she had controversially edged last year in their first meeting.

Asked about avoiding a battle of wills with Persoon, Taylor told Sky Sports News on Sunday: “That’s the problem, I enjoy it a bit too much!

“I was trying to be more disciplined, and for the most part I was. But it’s hard to box against someone like that because of how relentless she is. You have to get her respect by standing and fighting, which I did in some parts.

“Overall it was a great performance and a great victory.”

Persoon had stormed out of the ring in disgust at the result last year after their first fight but, on Saturday, admitted she had “no problem” with the judges favouring Taylor’s more skilful work.

“It was always going to be that sort of fight,” Taylor said. “It’s never going to be an easy fight against someone like that, who just comes and comes.

“She was relentless for 10 rounds and it’s hard to keep someone like that at long distance.

“I knew I would have to dig deep and fight.

“The fight went as planned. I thought I boxed a lot smarter this time. I was dragged into a fight at times but, for the most part, I boxed a bit smarter. It was a better performance.

“She put up a fantastic fight. We’ve had two fights, put in 20 gruelling rounds, and it’s great to have that rivalry in women’s boxing.”

Future options for Taylor include Jessica McCaskill, who she has already beaten. But McCaskill upset Cecilia Braekhus, who had been mentioned as an opponent for Taylor, earlier this month to become the undisputed welterweight champion.

Natasha Jonas, who battled Terri Harper to a draw at Fight Camp earlier this month and lost to Taylor at the 2012 Olympics, has emerged as a contender.

“I look at her as an opponent,” Jonas said. “I look for her weakness. Twice Persoon has shown chinks in her armour. She didn’t have power – and that’s something I’ve got.”