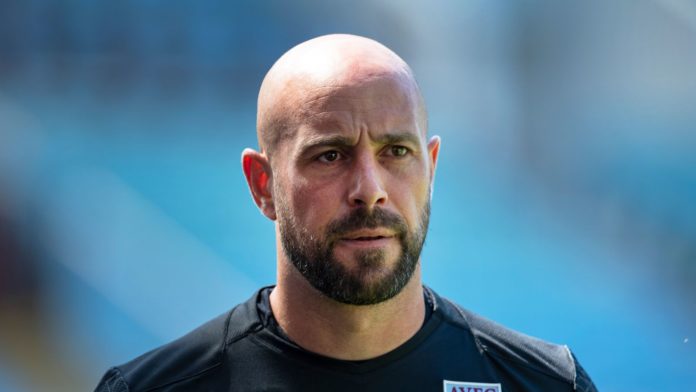 Pepe Reina has agreed to join Lazio from AC Milan on a two-year deal, according to Sky Italy.

The 37-year-old, who turns 38 later this month, is expected to undergo a medical at the Rome club next week.

Reina is keen on playing in the Champions League again and is expected to back-up Lazio’s Thomas Strakosha.

He played in the competition while at Napoli as well as during a nine-year spell at Liverpool, where he helped them reach the 2007 final.

However, a combination of AC Milan’s failure to qualify for the Champions League, and the Spaniard’s status as a back-up to Gianluigi Donnarumma, may have convinced him of the need to leave the San Siro.

His desire for first-team football saw him make a temporary switch in the January window to Aston Villa as injury cover for Tom Heaton.

He made 12 appearances while on loan at Villa Park in the second half of last season, helping the cub retain their Premier League status.

Reina, who had one-year remaining on a three-year contract he signed with AC Milan in 2018, had earlier been linked with a move to Valencia.