Home Sport AJ-Fury can fight, but Whyte has WBC hope 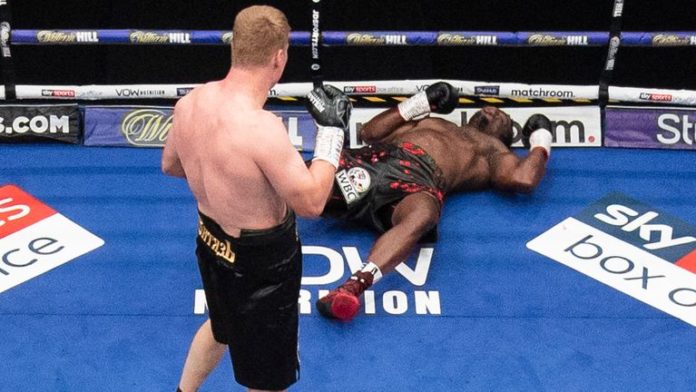 Tyson Fury has “no restrictions” for an undisputed fight against Anthony Joshua in 2021, but Dillian Whyte could regain his mandatory spot, the WBC have confirmed.

WBC champion Fury had been ordered to make a defence against Whyte in early 2021, but the Brixton heavyweight lost his status as the WBC mandatory challenger after a shock knockout loss to Alexander Povetkin on Saturday.

Mauricio Sulaiman, the WBC president, has now confirmed that Fury has no title commitments next year, if he wins an expected third fight with Deontay Wilder, and can press ahead with talks for a blockbuster battle against Joshua.

Sulaiman told Sky Sports: “We don’t speculate, but the time limitations which were put by the WBC board, which had Dillian Whyte won, the winner of the third Fury-Wilder fight has to fight without an intervening bout against Dillian Whyte.

“That now has changed. Dillian has lost, so there are no limitations at the moment for the winner of Fury-Wilder to do any fight whatsoever.”

Referring to a fight with Joshua, Sulaiman said: “Yes, that includes the [Joshua’s title] defence, and what is the tactics of Anthony Joshua and his position to commit to the fight.

“In the WBC, there will be no restrictions whatsoever right now.

“An ultimate unification would be something that everyone would like to see. It’s a matter that brings boxing to the highest level.”

Joshua is set to defend his WBA, IBF and WBO belts against IBF mandatory challenger Kubrat Pulev in December.

Povetkin became the new WBC mandatory challenger after claiming the WBC ‘interim’ and ‘Diamond’ belts in his dramatic fifth round win over Whyte, but a date for the Russian’s title shot is yet to be decided.

“That is a matter to be determined,” said Sulaiman. “The WBC will analyse the situation.

“Povetkin is the interim champion now. That’s a position in the rules that he is mandatory, so the timing of the enforcement of the mandatory has of course changed from the ruling what the WBC in the past months have ratified at the convention.”

Whyte intends to enforce an immediate rematch with Povetkin and Sulaiman revealed that the mandatory position could again be at stake.

“Most likely so. This is a fight that created a great interest. This fight might have been underestimated, underrated in the world scene and maybe also in the UK.

“Povetkin is a former champion, a fighter who has fought some of the best in the division in the last decade, and he showed it in the ring.”

Speaking to Sky Sports News on Sunday, Whyte confirmed that he intends to fight Povetkin again in the next few months.

“In the rematch, I will handle business,” said Whyte.

“You have to strike while the iron is hot. The time is now. There’s no point waiting into next year. He’s in shape, I’m in shape, let’s get it on. Immediate rematches are usually on fire.”