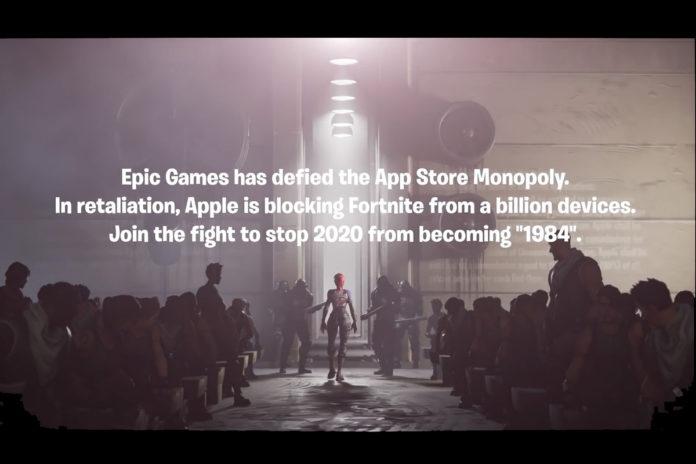 With Season 4 Chapter 2 just days away, the battle of Fortnite is down to its final few days. But Fortnite players might have just suffered their biggest defeat: In a district court ruling, Judge Yvonne Gonzalez Rogers said Apple didn’t have to immediately let Fortnite back into the App Store, but games using Epic’s Unreal Engine can stay.

Epic was hoping to win an injunction against Apple’s ban on the game ahead of its big update later this week. However, the judge found that “Epic Games has not yet demonstrated irreparable harm. The current predicament appears of its own making.”

Two weeks ago, Epic escalated its longstanding war of words with Apple over its App Store terms by offering a direct in-app purchase of V-Bucks at a lower price than they cost through the App Store directly. That didn’t sit well with Apple, which specifically bans any purchases that don’t go through its in-app payments processing, so it retaliated by booting Fortnite from the App Store. Epic in turn sued Apple and filed for a Complaint for Injunctive Relief to get Fortnite back into the App Store.

Now a judge has ruled that Apple’s removal of Fortnite was within its rights as the proprietor of the App Store and it doesn’t have to let it back. That puts Epic in a tough spot: Either give in and take away the direct purchase option while the full legal battle winds its way through the court, or deny iOS users the latest update to Fortnite, which will bring the Avengers into the fray.

It’s not all bad news for iOS gamers, however. As part of her ruling, Judge Rogers said Apple can’t terminate Epic’s developer account or retaliate against other games that use Epic’s Unreal Engine, including Hello Neighbor and Mortal Kombat. The judge concluded that “their dispute should not create havoc to bystanders.”

But while those games will be okay for now, it’s unclear how this will all play out. Both sides seem hellbent on getting their way, and a lengthy legal battle likely lies ahead. The next phase of the battle will commence on September 28, when Apple and Epic meet in court for a full hearing on the injunction.