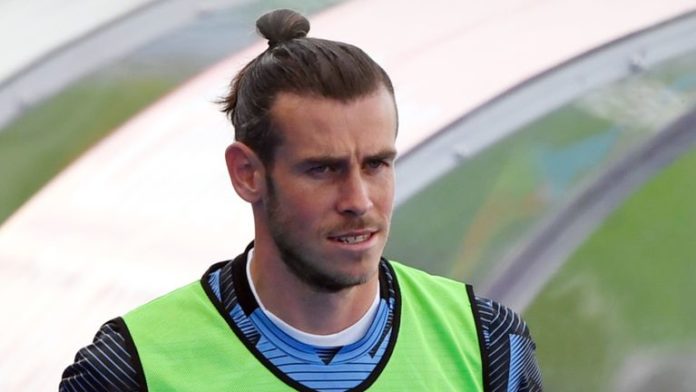 “Gareth looks after himself, but there is no special treatment for anyone. I will look at each case individually,” insists Wales boss

Gareth Bale will get “no special treatment” in the Wales set-up amid a lack of playing time and an increasingly uncertain future at Real Madrid, says national team manager Ryan Giggs.

Bale, Wales’ record goalscorer, has been the first name on his country’s teamsheet for several years and was instrumental in firing the national team to the 2016 and 2020 European Championship finals.

But with the delayed Euro 2020 tournament still nine months away, Bale is out in the cold in the Spanish capital with seemingly little prospect of playing for Real boss Zinedine Zidane.

The 31-year-old winger played just 48 minutes of Real’s 12 games when the La Liga season resumed after the coronavirus lockdown in June, and Zidane accused Bale of not wanting to play in the Champions League tie with Manchester City.

Giggs – who on Tuesday named Bale in a 26-man squad for next month’s Nations League ties against Finland and Bulgaria – says his talisman is always ready to play for Wales, but accepts that Bale’s situation at the Bernabeu might see him managed differently.

“Gareth is a special player. He’s someone who can make the difference.

He always wants to play every game. That’s up to me to gauge.

“He’s such a good professional that some players may turn up having not played for four, five, six weeks and you can tell.

“Maybe if the games are in a short space of time, like we potentially have three games in October and November, we will have to manage it in a different way but I’ll tackle that when it comes.

“Gareth looks after himself, but there is no special treatment for anyone. I will look at each case individually.”

On his difficulties at Real Madrid, Giggs said he hoped Bale would be remembered for scoring goals and winning trophies rather than some of his pitchside antics since the lockdown period.

Bale was pictured pretending to sleep in the stands and using a roll of wrist tape as a telescope when he found out he was going to be an unused substitute.

“I hope he is remembered for the fantastic footballer that he is,” Giggs said.

“To score twice in Champions League finals, to win it four times and to score one of the best goals ever seen in a final – things like that don’t happen every day.

“Big players turn up in the big moments in the big games and he has certainly done that.”

The venue for Wales’ Nations League opener against Finland on September 3 remains up in the air.

Finnish quarantine rules state people entering the country from the UK must quarantine for 14 days, although exemptions can be made by the federal government, and it is still unclear whether Wales will travel to Helsinki or play at a neutral venue.

Meanwhile, Bale and his fellow overseas-based players – Aaron Ramsey, James Lawrence and Rabbi Matondo – will be tested for coronavirus on Sunday when arriving from abroad on private planes.

“They will all be tested and we will get the results the next morning and take it from there,” Giggs said.

“It’s difficult, they can’t even fly business. They have to fly privately. We are doing all we can to make sure that it’s a safe environment they are coming into.”