Home Lifestyle The Weeknd Is the Absolute Master of Monochromatic Fits 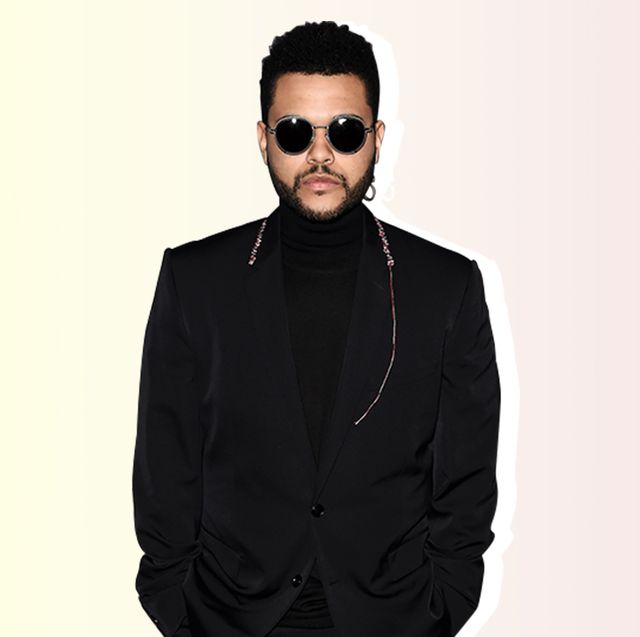 In the months leading up to the official release of After Hours, The Weeknd’s fourth studio album, the Canadian singer born Abel Tesfaye debuted a dramatic new look. In late 2019, the pop star put in an appearance at the Toronto Film Festival sporting a mustache that inspired memes (and some truly excellent bachata remixes) online, and in anticipation of the album’s release he dialed the ’80s inspiration up a notch. When Tesfaye made the late show rounds in early 2020 to perform a medley of chart-topping singles, he started turning up in an outfit intended to mark a shift in The Weeknd’s aesthetic identity, a stylistic evolution of the character that lives within the richly-textured XO universe he’s carefully built out since the start of his career.

The After Hours persona Tesfaye introduced—a bruised, bloodied degenerate stumbling through the streets in a strong-shouldered crimson blazer, black shirt, black tie, and precisely-cut black trousers—played into the album’s overarching cinematic narrative and slick, sometimes ominous sound. But it also riffed on a uniform that’s long been a crucial component of Tesfaye’s personal style. The singer’s been wearing variations of the almost-all-black fit for years, and, as with any of his signature fluttery vocal flourishes, when he puts his effort into perfecting an element of his identity he tends to deliver—big time.

With his penchant for boxy, slightly oversized jackets, slim jeans, sleek high-tops, and leather combat boots, Tesfaye has long used his wardrobe (almost always involving head-to-toe black) to help augment the brooding, darkly sexy public persona he’s cultivated as The Weeknd. At awards shows he doesn’t stray too far from his comfort zone, opting instead to keep it classic in trim tailoring—heavy on the black, naturally—that always looks event-appropriate. There’s something to be said (there is, in fact, a lot to be said) for finding what works for you and then sticking to it, and taken in the context of his previous personae, the singer’s After Hours uniform is a decidedly excellent continuation of an aesthetic he’s spent years refining.

In light of Tesfaye’s recent turn as an Esquire cover star, we thought it only fitting to pay tribute to his masterful commitment to monochromatic dressing by taking a look back at some of his best blacked-out fits, of the musician and often delightfully absurdist tweeter who remains, as Allison P. Davis aptly dubbed him, the “modern bard of our most fucked-up times.”

The Oscars are nothing if not an opportunity to flex, so naturally Tesfaye turned up in a perfectly tailored shawl-collar tuxedo that whispers—so you have to lean in real close to listen—instead of shouts.

In blacked-out Dior later that year.

Deuces to The Weeknd and his typically pared-down fit.

Even performing live, Tesfaye rarely strays from what serves him best. Here he’s snapped at the AMAs in an intricately detailed cropped jacket layered over a long tee and stacked jeans, all in black. In other words, business as usual.

Tesfaye takes another variation on the look out for a spin at the Victoria’s Secret Fashion Show a few days later.

Even the man’s branded merchandise adheres to his default color of choice. (When it looks this good, why bother with anything else?)

Another no-frills, shawl-collar tux executed flawlessly at the Met Gala in 2017.

On stage at the Barclays Center rocking a pair of sneakers designed in collaboration with Puma.

As Tesfaye proves here, all black can look even better with a hint of sparkle.

Even for more casual red-carpet affairs, the singer sticks to what he knows is right, i.e. all black everything.

All I see here is Abel’s beanie-clad head floating mysteriously above a missing torso. (Because of the camouflage. Get it? Shit, man.)

Performing on stage in yet another damn-near perfect take on his signature fit. (Hey, if it ain’t broke…)

Out and about on the streets of NYC in perhaps the purest distillation of the look yet.

Of course, no man can wear just one color all the damn time. (Even Johnny Cash occasionally ventured out of the darkness to throw on a crisp white shirt.) But when Tesfaye strays from his typical all-black fits, he still keeps it largely monochromatic, as he did at the TIFF Uncut Gems premiere here.

Ditto the movie’s premiere later that year in New York, where the singer opted for head to toe Gucci in a fit so good it’d be a crime not to include it.

An early debut of the After Hours aesthetic, and a return to form.