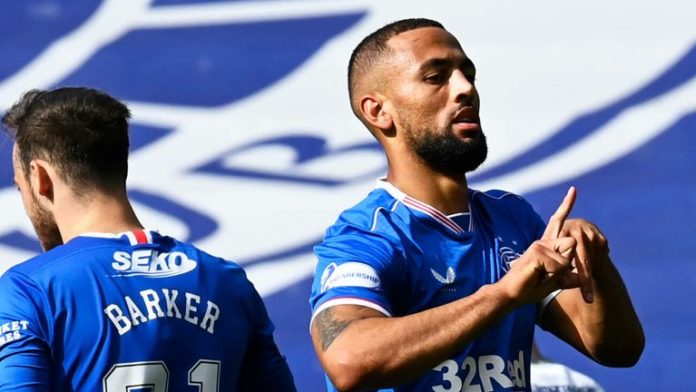 Sky Sports’ Andy Walker returns with his predictions as we head into another weekend of Scottish Premiership action.

I am surprised Kilmarnock have still to register their first win of the season after five league games given how impressive they were against Celtic a few weeks ago.

Dundee United look very comfortable in the top flight as a promoted side. Getting Luke Bolton on loan from Manchester City looks like an excellent piece of business from Micky Mellon and Mark Reynolds is showing his class and leadership at the heart of United’s defence.

Gary Holt’s men gave an excellent defensive display against Rangers in gaining a point a couple of weeks ago but lost out at Pittodrie last weekend to a determined Aberdeen side.

Stuart Kettlewell will be more than satisfied with his haul of eight points from their opening five games. The future of Ross Stewart will play a big part in the Highlanders achieving their ambitions this season, though. His eye-catching performances might just result in a bid or two being received for his services.

It was a cruel ending for St Johnstone and Callum Davidson last weekend as Hibs took advantage of an injury-time penalty to steal all three points at McDiarmid Park. A goal from Callum Hendry in the first half was wrongly disallowed and considering they lost another late goal against Aberdeen in their previous home game, they will feel they are due a break.

St Mirren will be without their centre-back Joe Shaughnessy after his deserved red card last weekend.

Unlike Livingston, Hamilton are not the type of side to continually put 10 men behind the ball so I imagine there will be a bit more space for the Rangers players to express their quality on this plastic surface.

It seems as though it is only a matter of time before Alfredo Morelos gets what appears to be his wish to leave Rangers and the stage would then be clear for both Kemar Roofe and Cedric Itten to make their mark. Roofe may be lacking in match sharpness but he got his debut goal last weekend in an impressive display against Kilmarnock.

All eyes will be on Neil Lennon’s starting eleven after he outed some players who would rather be elsewhere other than Glasgow trying to secure a 10th title in a row for the Scottish champions. Losing to Hungarian champions Ferencvaros in the second qualifying round for the Champions League was a massive blow financially and in terms of the club’s prestige but they have shown to be a class apart domestically over the years.

Motherwell are weakened now star man David Turnbull has finally signed for Celtic, a year after a knee operation put his move in jeopardy. Motherwell scored heavily in their rout of Glentoran in the Europa League qualifier but surprisingly lost out again last weekend at home to Hamilton, leaving Stephen Robinson still waiting for his side’s first league win of the season.

Derek McInnes will be severely tested yet again for his strongest possible starting eleven and is up against a Hibs side who will be determined to keep their place at the top of the table.

You have to admire the winning mentality of an understrength Aberdeen side who have taken maximum points from difficult games against St Johnstone and Livingston. But surely a full-strength Hibs side will have too much for them?