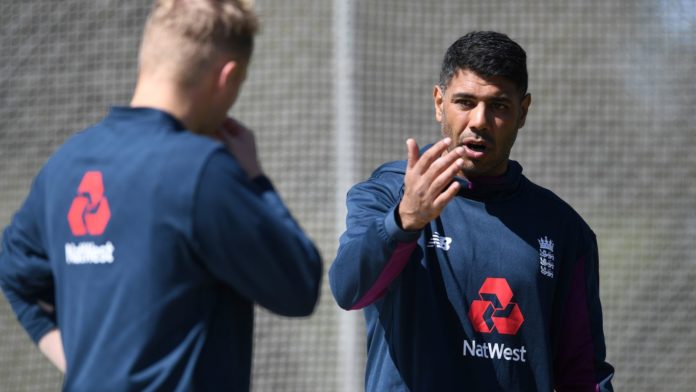 “You’ve got 18 counties, most have two spinners and if I wanted to go down the spin route there’s a lot of opportunity”

Jeetan Patel is hopeful of continuing in a role as England’s spin coach after he retires from playing and would relish a full-time position if it were available.

Patel, who will play for the Birmingham Bears in the Vitality Blast before ending his career, worked with England as a consultant in series against New Zealand and South Africa last winter, and would have done so in Sri Lanka as well had the tour not been called off due to the coronavirus pandemic.

The 40-year-old was also hoping to be involved in the recent home series against Pakistan but was forced to withdraw due to visa issues. But Patel is keen on becoming a permanent fixture in England’s coaching staff.

“It’s a great setup and the ECB has done a great job at running cricket and they have a lot of resources and you’re very lucky to walk into that environment and anything you need is there and to pass on knowledge to the Leaches, the Besses, the Parkinsons but also the guys below them,” Patel told Sky Sports.

“It’s nice to be desirable, wanted, but it’s on me and with the pandemic still running around the world we don’t know what’s going to happen beyond this season of cricket.

“I would love to work for an organisation like that, but the reality is you have to find work where you can and make decisions to suit you and your family. If it was a full-time role great, if it was a consulting role great, but I want to be a part of that group because I think they’re a good bunch and because I’ve been lucky enough to have had some success with them it would be handy for them to be able to keep that trending.”

England selected Dom Bess as their spinner in all six of their summer Tests as they recorded series wins over both West Indies and Pakistan. Bess was used sporadically taking eight wickets at an average of 55.50.

But Patel was working with Bess in South Africa when he took his first five-wicket haul in Tests in England’s victory in Port Elizabeth in January and has backed the 23-year-old to continue evolving as a bowler.

“He’s learning on the job and that’s not easy at Test level against Pakistan who are very good players of spin, the West Indies also now, in the winter they could have tours to Sri Lanka and India which again is going to be next level,” Patel said.

“I think Bessy is making some improvements, but I also think he is improving who he is. Lockdown has probably been good for him to figure out where he’s at as a person, how he’s growing and within that how he can grow as a cricketer.

“He’ll need some support and if it’s me fantastic if not it can be whoever, I’ll always be there to speak to him if he needs it but I think he’s got some serious tools – it’s just going to take time.”