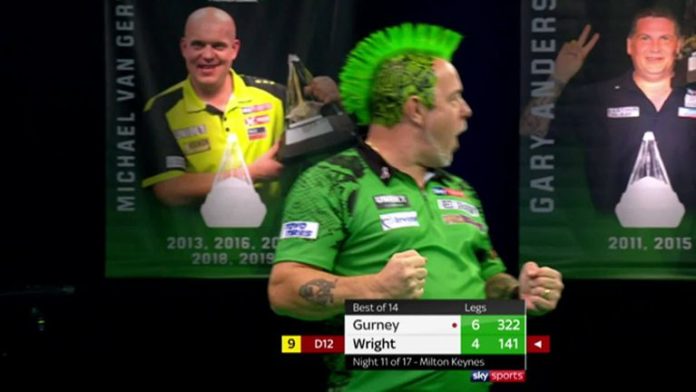 Wright: “I’ve always wanted to hit one on TV, and to hit one in the Premier League is fantastic”

Snakebite hit back-to-back 180s before finishing 141 in the 11th leg of his clash with Daryl Gurney, but still ended up on the losing side. Nonetheless, it goes down as a memorable landmark for the Scotsman, who missed D12 for the feat just 48 hours previously, against the same opponent.

It was the second perfect leg of this year’s Premier League campaign, after Michael Smith hit one against Super Chin in Dublin earlier in the year.

“I’ve always wanted to hit one on TV, and to hit one in the Premier League is fantastic,” he said after the match, which he went on to lose 8-6. “For the world champion to do that on TV, I’m pretty happy.

“I missed it the other day against him by miles. But I focused this time, and I managed to get it.

“I am proud. I was gutted the other day I missed it.