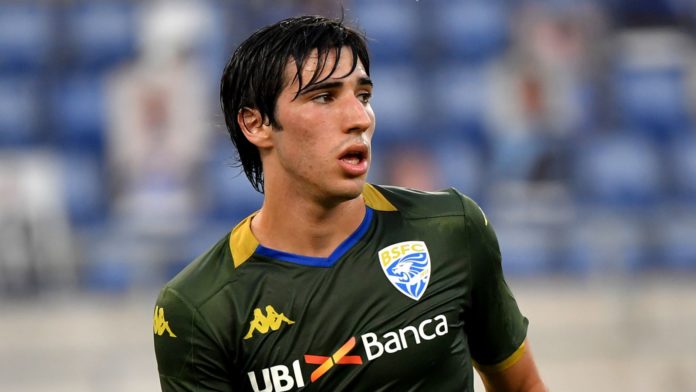 AC Milan have won the race to sign highly-rated Brescia midfielder Sandro Tonali, according to Sky in Italy.

The Serie A giants have agreed a deal with Brescia owner Massimo Cellino over an initial one-year loan with an option to buy for a total fee rising to 30m Euros (£26.8m).

The 20-year-old Italy international was scouted by Chelsea during Maurizio Sarri’s spell at Stamford Bridge and was also linked with a move to Liverpool and Manchester United.

Most recently, Milan’s cross-city rivals Inter were in pole position to sign the young midfielder, before they decided to pull out of a deal to focus on other targets such as Barcelona’s Arturo Vidal.

Tonali impressed during his debut season in Serie A, scoring one and assisting seven as Brescia were relegated to Serie B after one year in the Italian top flight.

AC Milan directors Paolo Maldini and Frederic Massara reached an agreement on Sunday night over a five-year deal for Tonali, who pushed for a move to the club which he supported in his childhood.